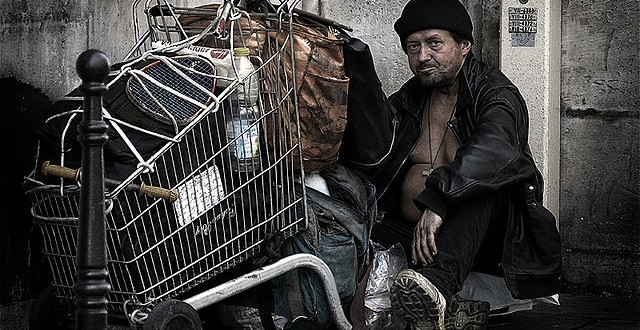 Responding to poverty and homelessness in my community

While studying social work at a faith-based university, I am continually smacked in the face with this question: How do I respond morally, ethically, personally and professionally to poverty in my community? The more I have mulled the topic around in my head over the past several months of attending Baylor University, the more I have realized that the issue should be discussed and addressed in community. What better place to talk about faith and values than here on SpokaneFAVS!

My internship this semester involves outreach and case management for individuals who are currently experiencing homelessness and often struggling with mental illness in the Waco, Texas, area. Waco has higher than average poverty rates, particularly among children. As I am learning these statistics and concerns, I find myself wondering about my own community back in Spokane and comparing the two cities. Here is what I found:

In Spokane County, also according to the United States Census Bureau, the median household income is $49,615 (which is nearly $10,000 lower than the Washington state median household income), and there are 18.7 percent of people living below the poverty line. Washington state has a total of 12.9 percent of the population living below the poverty line. According to Spokane Homeless Coalition, one third of Spokane’s homeless population is children.

These numbers startled me. I’ve heard Spokane referenced as a “homeless friendly” city and know it has definite patches of poverty, but when I got to Texas, the poverty and homelessness I began to witness seemed so much more obvious. These numbers confirm my observations. Still, in my opinion, the rates are high in both of my communities. After all, the United States Census Bureau also reports that the nation’s poverty rate is 14.5 percent as a whole and 19.9 percent for children.

As a Christian (and also as a social-worker-to-be), I see these statistics and wonder what I should be doing in my communities. I feel called by God to be a social worker (see my previous post on vocation) and as a Christian feel generally called to love others around me (see Matthew 22:26-39) and to help the poor (see Proverbs 19:17 and Acts 20:35). I am striving to educate myself in such a way that I can help empower and advocate for people without enabling or discriminating. Many of the individuals experiencing homelessness that I have met are just down on their luck or have a lot of barriers to overcome or have made a lot of past mistakes, but desire change in their lives.

At the same time, in my Union Gospel Mission volunteer training in Spokane last year, I learned that there are quite a few people who use their homelessness as a way to make easy money for a variety of uses, and I am not ignorant to the fact that not everyone is an honest person. Others refuse offers of help that would ultimately help them to get sober and stay off of the streets, perpetuating the problem. Some of my professors and friends at Baylor talk about ways that they have decided to help the homeless: advocacy efforts and legislation, handing out water bottles, handing out granola bars, keeping petty cash and small amounts of change on hand to give to people, etc.

As an individual and as a member of some sort of faith community or perspective, how do you react to these numbers? How do you respond to panhandlers and other homeless individuals? What do you think (if anything) should be done in our communities about poverty?