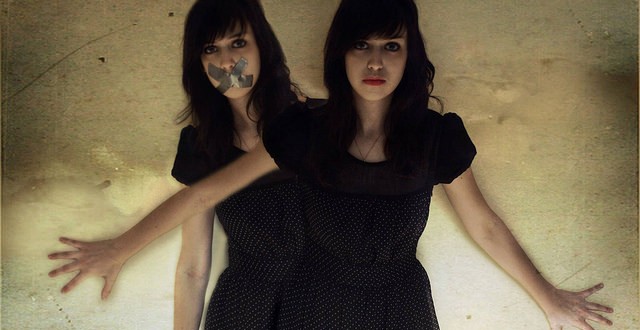 Why Is The Suffering So Hidden?

Non-religious readers who are unfamiliar with spiritual and religious suffering might ask, “If this is so prevalent and traumatic, why am I just now hearing about it?”

With spiritual and religious abuse, the social context is completely different from any other recovery situation. Non-religious related trauma, childhood sexual violence or family violence is understandable to friends, professionals and society and victims likely receive sympathy and support. In the case of religious abuse, a person is often pressured by family and church members to return to the church, is reminded in many ways that they are to blame for their suffering and is readily condemned. In essence, they are forced to return to the perpetrator of their abuse. Their suffering is not seen or acknowledged. In fact, they are made pariahs when they do not return to the religion, and this social/familial rejection is an added layer of serious injury absent from other varieties of trauma.

Anger for other kinds of abuse is considered normal and acceptable, whereas ex-members are supposed to forgive and forget, or “just get over it.” They are called too sensitive or accused of taking religion the wrong way or too seriously. People unfamiliar with spiritual trauma readily understand the anguish associated with loss of a loved one but not the complete loss of one’s family due to shunning or expulsion. Pleading for understanding and expressing feelings is usually very dangerous for the sufferer of religious abuse. Too often, the result is a shaming and degrading attack rather than support, known as “Victim Blaming.”

From an orthodox, conservative point of view, people who have left their religion and are suffering are seen as failures — they simply lack faith and devotion. A fundamentalist view is that they have been “rebellious,” guilty of “independent thought,” and have brought about their own misery. Depression and anxiety are often considered sins or even demonic attacks. Personal misery is seen as a natural result of rejecting God; being a renouncer brings about God’s wrath and complete abandonment. Scriptures, such as 2 Peter 2: 21-22’s depiction of a renouncer as a dog who returns to his own vomit, are used to hammer into minds and hearts the severity of God’s disgust and rejection.

In many ways, a person dealing with religious abuse can be re-traumatized again and again through minimizing, denial and incorrect counseling. In addition, the current societal views are very similar to what sufferers from anorexia or attention deficit previously experienced before increased recognition and the development of standardized protocols for therapy and treatment were established. For someone suffering from spiritual abuse, re-traumatizing can cause regression to an earlier state of hopelessness, depression, anxiety and suicidal ideation by triggering the suffering caused by indoctrination and rejection. The following quotes readily demonstrate the unequal social status of religious abuse:

“If I were to say that religion took my childhood, filled me with fear, paralyzed me with anxiety, annihilated my self, robbed my body of feeling, stole my future, gave me an unequal marriage role, and cost me thousands of dollars, people — even other Christians — would dismiss it with, ‘You were in the wrong church,’ ‘You take things too seriously,’ or ‘You made your choices based on your own free will.’ It is no better when I talk to those raised outside of religion. They gently suggest that I’m oversensitive or making a big deal out of nothing or that I don’t understand who Jesus really was or that it couldn’t have been all that bad since I turned out to be such a nice person.” —Joanne

“If I had been discriminated against, beaten, sexually abused, traumatized by an act of violence, or raped, I would be heard. I would receive sympathy, understanding. I would be given the appropriate psychological care. I would have legal recourse and protection.  However, I am a trauma victim that society does not hear even though I did experience all of those things.” —Ali

Spiritual abuse victims feel very alone because, except on certain online forums, there is virtually no public discourse in our society about the physical, emotional, mental and spiritual abuse suffered by members of many mainstream religions.

Child Protective Services will aggressively rescue children who are physically or sexually abused, but the deep wounding and mental damage caused by repressive religions, which can last a lifetime, does not receive attention.

Often the institutions of religion in our culture exist in a privileged status beyond criticism and exposure. The toxic religious beliefs and exploitive practices perpetrated by many religions are far too difficult to bring to justice. Parents are given excessive power over children, and the authoritarian and patriarchal attitudes, along with fanatical adherence of the commandment to obey parents and to use the rod of discipline, result in harsh and violent parenting methods. Even the sexual misdeeds of some religions have been amazingly difficult to expose. Children are treated like the property of parents or parish, and too much goes on behind closed doors.

Previous Father Knows Best: Is it unethical to break up with someone I love because of their job?
Next Pope Francis moves to hold bishops accountable in sex abuse crisis for first time