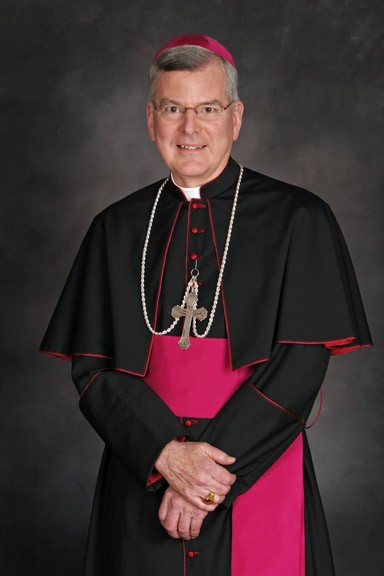 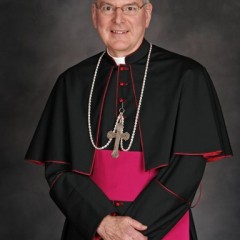 A Catholic archbishop in Minnesota who has been one of the hierarchy’s most vocal opponents of gay rights is himself the target of an investigation into allegations that he had a series of sexual relationships with priests, seminarians and other men, it was reported Tuesday (July 1).

The investigation of Twin Cities Archbishop John Nienstedt is being conducted by a prominent Minneapolis law firm hired by the archdiocese after church officials received numerous allegations against Nienstedt.

The archdiocese confirmed the investigation, which was first reported by Commonweal, a Catholic magazine based in New York.

Nienstedt, 67, said in a separate statement that the allegations “are absolutely and entirely false.”

“The allegations do not involve minors or lay members of the faithful, and they do not implicate any kind of illegal or criminal behavior,” Nienstedt said. “The allegations involve events alleged to have occurred at least decade ago, before I began serving in the Archdiocese of St. Paul and Minneapolis.”

Commonweal’s story cites Jennifer Haselberger, former top canon lawyer for Nienstedt, as saying she learned of the investigation when she was questioned by attorneys from the firm that the archdiocese hired, Greene Espel.

Nienstedt came under fire last September for allegedly failing to report or discipline clergy suspected of molesting children after Haselberger, who had resigned her post in frustration in April 2013, began leaking internal church documents that appeared to detail efforts to shield abusers.

One of Nienstedt’s top aides, the Rev. Peter Laird, quit, and it later emerged that Laird did so after Nienstedt rebuffed his suggestion that the archbishop should resign.

But late last year, the archdiocese began receiving an unrelated series of allegations that Nienstedt – who was ordained a priest in Detroit before becoming a bishop in Minnesota – had a string of improper relationships with men or had made unwanted advances on others.

“Based on my interview with Greene Espel – as well as conversations with other interviewees – I believe that the investigators have received about ten sworn statements alleging sexual impropriety on the part of the archbishop dating from his time as a priest in the Archdiocese of Detroit, as Bishop of New Ulm, and while coadjutor/archbishop of St. Paul and Minneapolis,” Haselberger told Commonweal.

She added that “he also stands accused of retaliating against those who refused his advances or otherwise questioned his conduct.”

In a written response to Commonweal, Nienstedt dismissed the charges as a “personal attack against me due to my unwavering stance on issues consistent with church teaching, such as opposition to so-called same-sex marriage.”

He said he also suspects that accusers are making claims because of “difficult decisions” he has made. He told the magazine he could not elaborate because of privacy laws.

In December last year Nienstedt was accused of touching a boy’s buttocks while posing for a confirmation photo. He denied the allegation and took a leave while the county prosecutor investigated. The authorities did not bring charges and Nienstedt returned to his post fulltime in March.

Nienstedt has earned a reputation as a leading culture warrior in the U.S. Conference of Catholic Bishops and his signature issue is homosexuality.

He frequently discusses the topic, often using controversial language or espousing unorthodox theories. He has said, for example, that homosexuality is not genetic but is a “result of psychological trauma” when a child is between the ages of 18 months and 3 years old.

Homosexuality, he has written, “must be understood in the context of other human disorders: envy, malice, greed, etc.”

In 2006, while bishop of the New Ulm diocese, he wrote a column warning the faithful against watching “Brokeback Mountain,” the story of two gay cowboys struggling with their relationship in the conservative culture of the Mountain West.

Then in 2010, Nienstedt launched a major campaign ahead of the midterm elections that focused on opposing gay rights, and he told a mother who wrote to him asking for tolerance for her gay son that she should instead read the catechism of the Catholic Church and consider her “eternal salvation.”

Again in 2012, Nienstedt led religious leaders in pushing for an amendment to the state constitution that would have effectively banned gay marriage. He committed $650,000 in church funds to the effort but it divided his own flock and the backlash is believed to have contributed to the amendment’s defeat.

A year later, Haselberger began publishing her memos and Nienstedt has been embroiled ever since in questions about his handling of sex abuse cases.

Previous Piety and Patriotism, Perversion and Power
Next Book of Mormon coming to Spokane in August