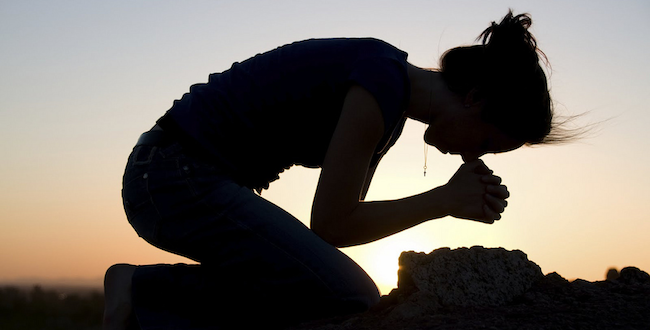 Repentance becomes real for me

I have spent this Lenten season reflecting on some things that I didn’t anticipate thinking about.

Lent is supposed to be a time when we think about the need to repent, a word that means a serious change of thinking that leads to a significant change in conduct. I have done some repenting this Lent – something I didn’t anticipate.

I have learned a good deal about what motivates me. Specifically, I now realize much more deeply how me-centered my emotions are, and how easily they override my rational choices to do what is good and right.

Here are some of the emotions that I now realize govern me:

Fear. In the process of writing a piece of fiction that I now believe is ready to be published, I have confronted the fear of rejection. I don’t want to pursue representation by an agent because of the fear it can’t happen. I have allowed my  fear of failure to dissuade me from obedience to God, who I believe called me to write and now wants me to share my writing with others. This is when I must remember that I am God’s “bondservant” – i.e., an indentured slave who has surrendered his will to God’s will. I need to rethink my weak-kneed commitment to being God’s slave.

Pride. I want to see my name on the cover of a book. I want to be able to say “I wrote that.” I want to autograph it for buyers. I want to talk to them. I want, I want, I want. But if God inspired me to write this manuscript then he has a purpose for it that’s significantly different from mine. So it’s time to rethink the purpose for this book. I could pridefully seek an agent and thus publication, but then I wouldn’t be surrendered. With God, what I do is not nearly as important as why I do it. The work may look the same on the outside, but God wants me to do it in surrender to him, not to my own ego. So I must rethink why I’m doing this.

Impatience. I want immediate reward but my idea of what is an appropriate award for my work is vastly different from God’s. I call it the boulder analogy. God tells me to push on a boulder every day. After a few weeks I realize (or Satan tells me) that the boulder hasn’t moved one inch, and I become discouraged because the anticipated reward – moving the boulder – hasn’t occurred.

But then God comes along and says that I have been rewarded. By pushing the boulder every day I have developed great muscle tone and gotten a good tan. I’m healthier than I was before as a result of obeying. But I didn’t have any clue what God’s reward was going to be when I first heard him tell me to start pushing, so I drew a conclusion that was totally inaccurate. So I am now being called to rethink what obedience means.

I could go on but that’s enough. I know that Lent is almost over, and that Easter will soon be far from our thoughts. Maybe that’s why this letter is being sent later than usual – so you’ll have something to think about (or to rethink) after Easter, because repentance can and should happen all year long.