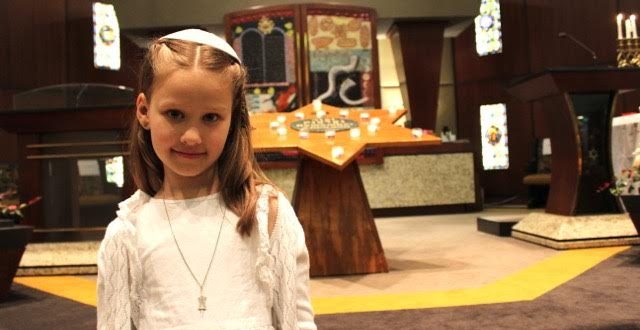 Remembering the Holocaust is “horrible and necessary”

There are both no words and an impossible excess of words to adequately explain my feelings on Yom Hashoah.

The day in memory of the Holocaust is both horrible and necessary.

We never knew what became of the others.  We knew the children and their parents escaped, but we knew nothing of those left behind. Recently, I found access to documents translated from German to English and learned that on Bubbe’s side, every single remaining family member was killed in Auschwitz.

Every year, our children who are old enough enter Spokane Community Observance of the Holocaust. For us it’s because there is such a deeply personal connection. These are not just research papers or art projects. These are bits of our past.

We are the family of survivors and yet we don’t know their full stories. That’s one of the reasons I take great comfort in the Yom Hashoah service where we’re surrounded by Jews and non-Jews. The majority of the writing and art contest winners are not Jewish. The majority of them don’t have pasts or relatives that pull them into the research. The entrants come from outside our story yet they’re willing to research, and write, and create.  Those who enter are learning these stories. They’re sharing these histories. As the years pass, more survivors die, but these students help keep their stories alive. As the Shoah becomes more and more distant, the lessons learned become more difficult to recall. The students who enter, however, know and hopefully they will never forget.

Yom Hashoah is a day where I feel as though my children connect us to our past and our whole world. All of our children have taken part in the candlelight procession. This year, our youngest daughter was able to do that for the first time.  As she tried on various white dresses for the occasion, I couldn’t help but be reminded of a picture of her great aunt Irene as a small child with her father in Germany.  Both our youngest and our oldest daughter have always looked remarkably like her. I am always in awe when our children are on the bima, but especially so on Yom Hashoah. There was a time when their great-grandparents didn’t know if they’d survive. So many of their relatives didn’t.  Yet here our children come carrying candles. I can’t help but look at them and wonder about the great-grandchildren who never had a chance to exist–people who were killed in the Shoah and the families they should have had.

Our youngest daughter had the rare honor of wearing her Bubbe’s magen david (star of david) necklace at the ceremony.  That connects us to the past in comforting and also unsettling ways. She had a piece of her great grandmother with her. I find that very comforting both because Bubbe’s family survives to wear the necklace and because it’s one way to connect our youngest to a great-grandmother she never knew. And so it helps Bubbe’s memory survive. It’s a symbol of Judaism and the interconnectedness between the generations. However, the fact that it is that symbol also frightens me. Anti-Semitism did not die when the war ended.  On Yom Hashoah particularly, I look at my children and feel absolute terror for them over the threat of anti-Semitism. They have already seen some. How much more will they endure? I take great comfort in the number of non-Jews in the audience on Yom Hashoah and on the bima. I’m incredibly hopeful that they will be reminded through this day what hatred and intolerance can do. I want to believe that those who surround us on Yom Hashoah will rise up against injustice in the world.

Yom Hashoah is an incredibly difficult day. It is a reminder of the horrors we have endured, those who survived and those who did not, and the lessons we need to learn in order to truly say, “Never again.”