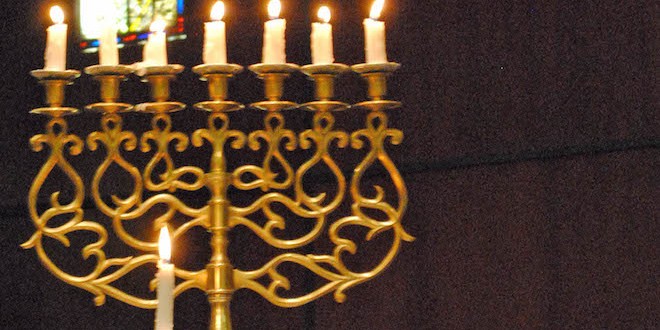 Religious prejudice is alive in our community

Editor’s Note: During a Yom Kippur service this weekend a swastika was painted on a courtyard wall at Temple Beth Shalom.

I sit in awe that during the same period of time that a group of progressives are preparing for a “Coffee Talk” on racism and prejudice another person or group is painting a swastika on a wall at a Jewish synagogue in Spokane.

We are 14 years into a new century and religious prejudice is alive and well within our community. When will we, as individuals, families and, yes religious communities, cease in teaching our superiority over other religions? The teaching of separateness and superiority, which seems so foundational in the fundamentalist movements of all traditions, continues to fuel the anger, hatred, violence and fear in the world today.

I stand for the right of free speech, free to uplift and honor all people and know that each of us are on a spiritual path, which may be different and yet just as significant as others.

I stand in this moment in support of the Jewish community at Temple Beth Shalom and their right to exist peacefully and lovingly within the Spokane community. I would like to see a way for the perpetrator to work with the community and come to a realization of their, the Jewish, right to exist and prosper.

Previous Thanks for a great Coffee Talk on Addressing Racism and Prejudices
Next BREAKING NEWS: Swastika painted on Temple Beth Shalom during Yom Kippur