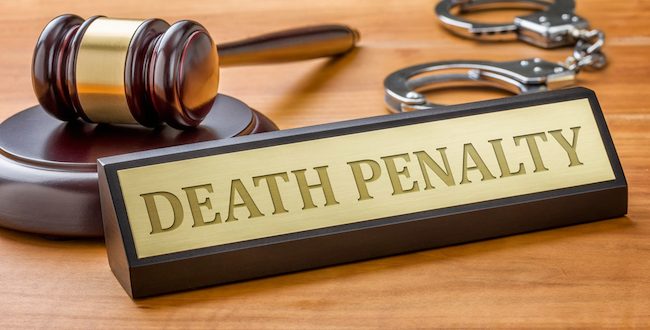 In October the Washington State Supreme Court ruled capital punishment as unconstitutional, thereby abolishing the practice from the state’s criminal justice system. The courts cited racial bias as the main factor for their ruling and it became the 20th state to outlaw the practice.

Since its first use in 1849, Washington has executed a total of 110 criminals. However, executions have become far less frequent in recent history, with only five executions taking place in the past 30 years.

Many advocacy groups urged state legislatures to abolish the death penalty, one of them being the Catholic Church.

“The Church has a moral stance of respecting life from conception to its natural end, and respecting the dignity of all human life,” Rev. Tom Lamanna of St. Aloysius Catholic Church said.

Lamanna went on to say that the lack of capital punishment does not mean convicted criminals should go unpunished.

“The options here aren’t either the death penalty for somebody who’s rightfully convicted of a murder or no punishment at all,” he said, “but that life imprisonment and removing somebody from society in order to protect society is a viable option. And that that upholds the church’s stance on the dignity of every human life.”

Led by Washington Bishops, the Washington State Catholic Conference has also campaigned against the death penalty. According to its website, “Murder and other violent crimes cry out for an appropriate punishment, but the death penalty merely adds violence to violence, and perpetuates the illusion that the taking of one human life for another can somehow balance the scales of justice.”

According to Pew Research, Reform, Orthodox, Conservative, and Reconstructionist Judaism congregations and leaders have spoken out against the death penalty. These groups have called for the abolishment, or at minimum, a moratorium on the practice of capital punishment.

Ultimately, religious groups and congregations are more complex than a simple “for” or “against” label. But the death penalty has long been a position debated among religious communities. Even with the practice being outlawed in Washington, the discussion arguments for and against the issue is likely to continue.

Previous December Coffee Talk: Breaking Out of Your Echo Chambers
Next Traditions, both constant and changing