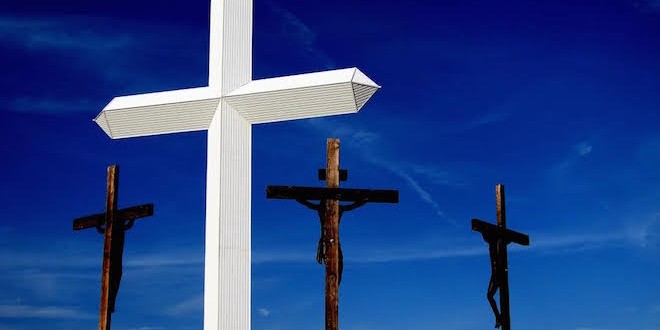 On Nov. 16, 1993, then-President Bill Clinton signed the federal Religious Freedom Restoration Act into law, calling religious freedom, “the most precious of all American liberties.” But things have changed considerably since then.

In the 20-plus years since that law was signed, “gay rights” and all the issues surrounding it, including same-sex marriage, have managed to trump the Constitution, the Bill of Rights, the Magna Carta and at least 6,000 years of human history. Religious freedom is no longer “the first freedom “ as Christians across America have learned the hard way.

Consider, for example, the recent media-generated witch-hunt against Memories Pizza. When the owner told a reporter she would not cater a gay wedding if asked, the rabid pro-gay left sprung into action. The fact that the restaurant was never asked to cater a wedding and the fact that owners had never refused service to anyone didn’t matter. The store was besieged by what many called the “Gaystapo,” a term recalling the dictatorial Nazi regime.

The reaction from the pro-gay left was so visceral that for a time, the phrase “gays are the new ISIS,” began trending on Twitter. Liberals on Twitter even demanded President Obama attack Indiana with nuclear weapons.

After receiving death threats and threats of domestic terrorism, the O’Connors closed the store, fearful for their lives. A GoFundMe page was set up to help them weather the brutal attacks and thousands responded, resulting in a windfall of more than $840,000.

The attacks, however, continued, with the left-wing Salon issuing a tweet saying that Memories Pizza deserved the death threats and threats of arson. The tweet was deleted, but not before being captured for posterity. In short, Salon argued, those who disagree with gay marriage on the basis of their religious views deserve death threats. Unfortunately, far too many on the left agree.

But the assault on the freedoms of religious people does not end there. A New York Times op-ed suggested that Christians be forced to accept what liberals call “morals,” even if they conflict with biblical teachings.

Some, like Florida teacher Jerry Buell, have had their jobs threatened for disagreeing with gay marriage. HGTV canceled a show because the hosts expressed support for conservative Christian principles.

Others have seen their First Amendment free speech rights curtailed simply because of Christian content.

The problem has also infected the military. In December 2013, retired Army Maj. Gen. Paul Vallely said the military is purging Christianity while promoting an understanding of Islam. The situation has only gotten worse.

“Christians are leaving the U.S. military or are discouraged from joining in the first place because of a ‘hostile work environment’ that doesn’t let them express their beliefs openly, religious freedom advocates say,” the Washington Times recently reported.

Douglas Lee, president of the Chaplain Alliance for Religious Liberty, told the Times that many are opting out of the military due to what he called “a culture [of] hostility [toward] religion in the military…”

Others, like MSNBC’s Chris Matthews, have suggested conservative Christians should be excluded from politics.   Actor James Morrison once said Christians should not be allowed to run for public office, and Mike Dickinson, a Virginia Democrat who once sought the seat formerly held by Rep. Eric Cantor, R-Va., promised to “decimate” Christians if elected.

Writing at the Christian Post, Karen Kramer said religious liberty is the central theme of what she called “the new civil war.” Moreover, she said Christians are partly to blame for not standing up for their rights.

Pro-gay liberals claim religious freedom laws are designed to allow discrimination, but the reality is that these laws ensure people of faith can provide a defense in court if necessary.

“The bill would establish a general legal standard, the ‘compelling interest’ test, for evaluating laws and governmental practices that impose substantial burdens on the exercise of religion,” Daniel O. Conkle, a professor at Indiana University Maurer School of Law, wrote of the Indiana law. “This same test already governs federal law under the federal RFRA, which was signed into law by President Bill Clinton. And some 30 states have adopted the same standard, either under state-law RFRAs or as a matter of state constitutional law.”

“Under the Indiana RFRA, those who provide creative services for weddings, such as photographers, florists or bakers, could claim that religious freedom protects them from local nondiscrimination laws,” he added. “Like other religious objectors, they would have their day in court, as they should, permitting them to argue that the government is improperly requiring them to violate their religion by participating (in their view) in a celebration that their religion does not allow.”

But, he added, the law does not automatically mean that Christian-owned businesses have a license to discriminate as many on the left falsely claim. It simply gives those businesses the ability to argue that the government is forcing them to go against their religious beliefs.

Stanford law professor and former appellate court judge Michael McConnell agreed. “In the decades that states have had RFRA statutes, no business has been given the right to discriminate against gay customers, or anyone else,” he wrote.

But facts no longer matter in today’s political environment. All that matters is the agenda.

The First Amendment guarantees the right to free speech, the right to a free press and freedom of religion. Forcing people at the point of a gun to reject their religious views to appease those with a political agenda is not freedom. It’s tyranny. And it’s the reason we need religious freedom laws. But maybe tyranny is what some really want – especially if it’s applied against conservative Christians.