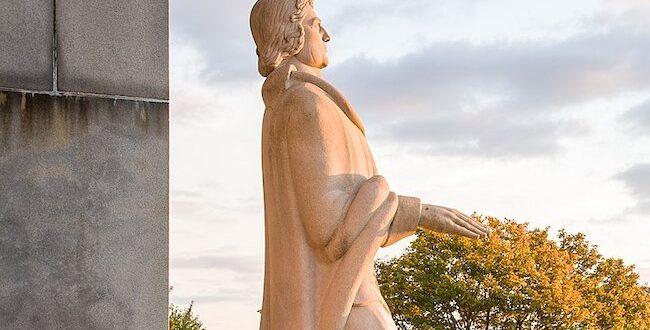 Religious Freedom and the Ship-of-State

Religious Freedom and the Ship-of-State

“Legislators Stand Up for Religious Freedom” proclaimed a headline in the Nov. 17, 2021 Moscow- Pullman Daily News. The article beneath detailed a spate of bills passed by the Idaho House of Representatives forbidding  mask and vaccine mandates in the name of religious freedom.

Idaho legislators aren’t alone in doing so. Throughout the country those refusing to wear masks or get vaccinated have claimed that religious freedom gives them this right.  WSU’s now-former head football coach, Nick Rolovich, put his job on the line with this defense.

Religious freedom is often seen to be historically and politically fundamental to America. Idaho’s House Majority Leader Mike Moyle asserted in the article, “My family came across the ocean in a boat for one reason—religious freedom. This country was founded on what?  Religious Freedom.  This bill [which would grant individuals the right to refuse medical treatment of any kind based on religious beliefs] makes it clear that my sincerely held religious beliefs are none of your damn business”

The mainstream Puritans who came across the ocean in a boat to practice their religion freely certainly made it their “damn business” if your beliefs threatened their authority and the unity of their community. They made it their business to drive out or even execute those with divergent religions such as Quakers. We might consider them hypocrites today, but in the 17th century it was common practice for states to sanction only one religion within their realm. To do otherwise led to anarchy, it was feared.

One must look to the radical Separating Puritans who crossed that ocean for the foundation of religious freedom—pre-eminently, Roger Williams.  In his compelling 2012 book, “Roger Williams and the Creation of the American Soul: Church, State, and the Birth of Liberty,”  John M. Barry traces Williams’ zeal for what he called “soul liberty” and for the complete separation of church and state to his training by an English jurist who challenged the concept of the divine right of kings.

A Native American scholar and former colleague of mine posits that Rogers may instead have discerned the value of freedom of conscience during his time spent among the Narragansetts. In “A Key into the Language of America” (1643), Williams notes that he was impressed by the respect members of the tribe had for the each other’s prayer-time; it was not to be violated.

Williams urged learning “the language of America” and wrote his “Key” to it to promote the conversion of the Indians (whom he saw as the lost tribe of Israel) to Christianity. Thus he hoped to forward his own religion. Still he did not see it as the business of the state to enforce any belief system. He thought such enforcement sullied the purity of religion.

Barry draws a line from Williams to John Locke and other Enlightenment philosophers who promoted the concept of freedom of religion as a natural right not to be violated by the state. This concept is embodied in the opening of the Bill of Rights’ First Amendment: “Congress shall make no law respecting the establishment of religion, or prohibiting the free exercise thereof….” Historians suggest that the Founding Fathers (and doubtless the Founding Mothers too) wanted to save their new country from the religious wars that had plagued European countries with state religions.

The progressive possibilities of the First Amendment have not always been realized. Slaves from Africa were certainly not free to exercise their religions, and sometimes were even prevented from becoming Christian, lest this lead to their freedom. American Indian religions were repressed, and the sacred places central to their cultures stolen. American Indians are still fighting for the return of these places, such as the Black Hills of South Dakota.

“Religious freedom” has often been cited to support reactionary values and practices: the owning of slaves; laws against racially mixed marriages and racial integration; resistance to granting LBGTQ people equal protection under the law and the right to marriage.

And now those defying mask and vaccine mandates evoke religious freedom. This makes one wonder if these folk think all religious practices should be allowed, even those that harm others. Would they permit child sacrifice, or just the sacrificing of the life of one’s neighbors by refusing to wear a mask or get vaccinated?

In his 1655 “Letter to the town of Providence,” Roger Williams likened his beloved plantation to a ship. All were welcomed aboard; though an ardent Protestant, he did not exclude Catholics, Jews, Muslims, or Atheists. Williams maintained, however, that all aboard must “obey the common laws and orders of the ship, concerning their common peace and preservation.” Religious freedom did not warrant disregard for the welfare of the ship-of-state as a whole.

And it does not now.

Previous What Does Support Look like for POC in Spokane Education and Gonzaga?
Next Spokane Non-Profits and Community Leaders Welcome New Arrivals from Afghanistan