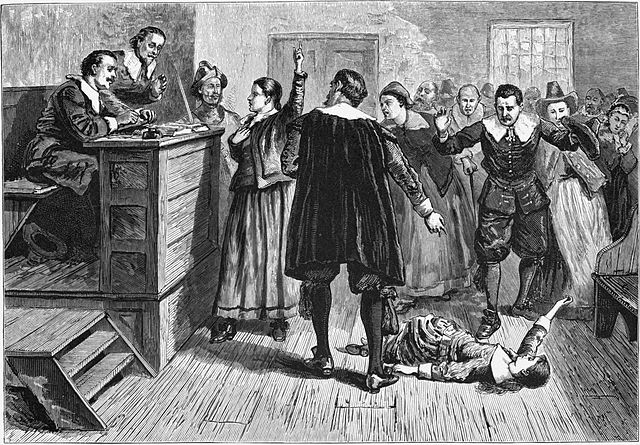 About a month ago I “came out” to my friends and family on Facebook. I posted that I'm proudly Pagan and proudly bisexual. After years of staying quiet about both, it was time. Thankfully, everyone on my friends list was supportive; everyone except my dad.

He called me the morning after my post went up. He called me a bad example to my kids and devil worshiper. He said it was going to make him look bad to all of his friends and the people he does business with. He said I had been seduced by Satan.

So, what does any of this have to do with Paganism? More than you'd think.

Ever since (and most likely before) the days of the Salem Witch Trials, a large number of the population has viewed Pagans as “whores of Satan”, deserving to be harassed, ridiculed and (in extreme cases) killed. Just recently, a woman in Papua New Guinea was tortured with a hot iron rod (externally and sexually), bound and doused in gasoline before being thrown on a heap of trash and set on fire while she was still alive. She was only 20 years old.

It's sad (and frightening) to think that such religious fanaticism still exists today.

I'm not putting other religions down, I'm just pointing out that there are people out there who think their religion is “the one” and refuse to listen to any kind of attempt at reasoning from a believer of a different religion. Most of this is the cause of misunderstood interpretations of what followers of other religions believe in (as in the case of my dad).

I had been taught by a fellow Pagan that one of the “rules” of Paganism is to love everyone and everything in nature (love others as you would love yourself).That means I'm just going to at least show respect for other people's views and beliefs. I may not always agree with what someone says, but I feel that I don't have the right to try to change how they feel. Another personal rule is that I don't try to convert people into my religion. If someone asks about it, I'm happy to talk about it. To me, trying to force something like that is overstepping someone's personal boundaries.

I sometimes wonder what would happen if Pagans rallied together and protested religious issues the way many other religious followers do. I've wondered how the rest of the world would react to such a demonstration. Could be interesting.

I guess my point is that, regardless of what point in time we're in, there will most likely ALWAYS be people out there who think what they believe is the “true” belief, and all others are wrong. For once, it would be nice if people could accept the many varieties of religions that make humankind so unique.

As in the words of author Anna Sewell in the book, “Black Beauty,” “There is no religion without love, and people may talk as much as they like about their religion, but if it does not teach them to be good and kind to man and beast it is all a sham — all a sham, and it won't stand when things come to be turned inside out and put down for what they are.”

Brannock is SpokaneFAVS’ Pagan writer. She studies and practices witchcraft, which she plans to explain through her writing.