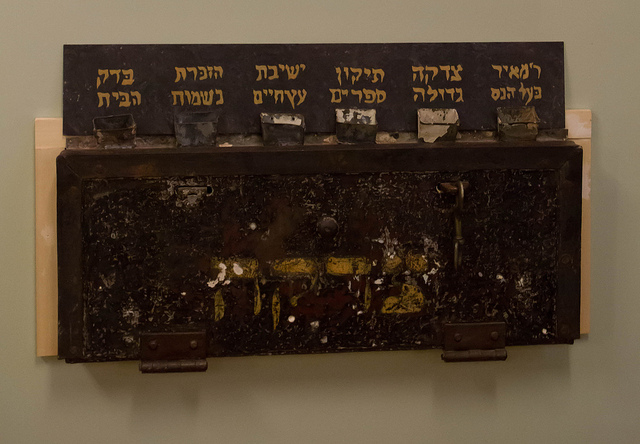 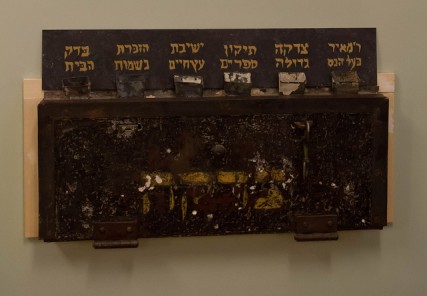 The image I most closely associate with the Jewish concept of tzedakah (charity) comes from my childhood. I remember little boxes, emblazoned with the Israeli flag, at my Hebrew school. Each had a small slot for coins on top — a kind of Zionist-looking piggybank. If we happened to have extra change in our pockets, we were encouraged to drop it in a tzedakah box.

Did the money go to local Jewish nonprofits that aided the poor? Did it go to Israeli government programs? I doubt I knew then, and I certainly don’t recall now. I’m sure that my fellow students and I knew tzedakah was important; literally, the word means “righteousness” in Hebrew. Still, my understanding of it didn’t extend much past those blue-and-white boxes.

Ironically, I got to thinking about tzedakah again recently as I read The Irresistible Revolution, a book by Christian author and activist Shane Claiborne. It’s part memoir, part manifesto, and one of its most powerful themes is class. Claiborne begins a chapter on religion and money with an anecdote about a rich businessman. This well-meaning man is so out of touch that he represents his devotion to Jesus with a 24-karat gold “WWJD” bracelet.

Claiborne argues that even charitable spending may enable us to “appease our consciences and still remain a safe distance from the poor.” As he sees it, charity can insulate the haves from the have-nots, thus supporting the societal structures that separate them. That’s hardly a revelation, but Claiborne’s proposed alternative might rattle some cages. When we the fortunate “open up our homes, our beds, [and] our dinner tables” to the poor, we are able to connect with them, know them, and even love them — have real relationships with them, in other words.

Claiborne and his housemates in Philadelphia have done just that over the years. Along the same lines, his Relational Tithe (RT) project transforms the Biblical concept of tithing (donating a tenth of one’s income to charity) into a way of connecting people across the world, from successful professionals to homeless people. When one member is in a financial squeeze, the others do their best to find a solution by pooling their resources. All of the giving and receiving, Claiborne emphasizes, is “grounded in sincere friendships.”

This idea of not giving to people without knowing them runs in stark contrast to a principle of tzedakah described by the legendary rabbi Maimonides. In the Mishneh Torah, a 12th-century code of Jewish religious law, he claimed that the highest form of tzedakah is a gift, loan, or job offer that allows the recipient to become self-sufficient. The second highest? An anonymous gift to a stranger.

Anonymity might make sense when it comes to large charitable gifts, which could otherwise be showy and self-serving. Yet Jewish tradition indicates that even the poor are obligated to perform the commandment of tzedakah. They may not be able to give much, but tzedakah isn’t a choice — it’s a duty. (Similarly, Claiborne notes that, according to the early Christians, “charity is merely returning what we have stolen.”) What if you aspire to be charitable but can offer only a few dollars? What if you have nothing to donate but your time? In such cases, forming a relationship with the beneficiary of your giving may be less an act of vanity than an affirmation of his or her — and your — humanity.

When I think about my relationship to tzedakah, I wonder whether my new career as a mental health counselor will provide enough income, anytime soon, to support generous charitable giving. I also think about a Bible study my Lutheran girlfriend leads, and I attend, at a low-income apartment building. Before this experience, I had spent more or less my entire life ignorant of the real, day-to-day concerns of the poor. I had formed few genuine relationships with people struggling to make ends meet. Like many privileged people, I preferred to avoid those less fortunate than I, due to both guilt and, even worse, fear of those who were different from me.

Though my understanding of the Scriptures is growing, the Bible study has enlightened me in other ways, too. Claiborne believes that writing a check to a charity does not constitute loving the poor. Learning, laughing, and praying with them, on the other hand, can get you there. I wonder what others in the SpokaneFAVS community think about religious charity. How do you find the right balance between writing checks and making real connections with people in need?

Previous Spokane’s religion wrap-up: Islam, wildfires, back to school and panhandlers
Next Will charisma trump values?