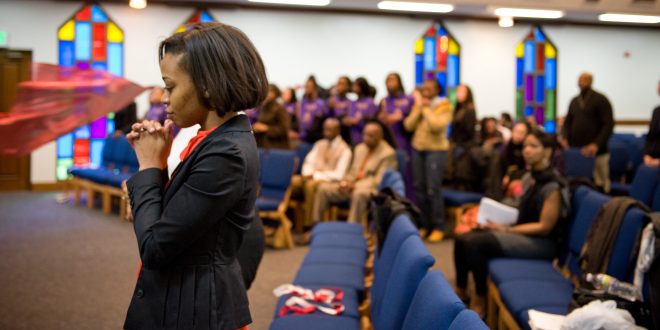 Religiosity belongs in a unique category

The September issue of The Atlantic features an article by Kurt Anderson, in which Anderson speculates about the origins of our culture’s frequent tendency to prefer feelings or personal opinions over facts. In some respects, Anderson’s piece is a fascinating read. But it is also an exasperating one. Because, as is so often and so frustratingly the case with articles that speculate about irrational behavior, Anderson talks about people who believe in God in the very same breath that he talks about people who indulge in wild superstitions, who subscribe to conspiracy theories, or who insist that they have had a run-in with Bigfoot or with a UFO.

One of these things, as the Sesame Street episodes of my childhood used to say, is not like the other.

I’m going to go out on a limb and say that, during the seasons of grief or longing or lostness that are part of every human life, exactly no one has called out to Bigfoot for help.

So, why then do folks such as Anderson lump faith in with the most unproven and even preposterous life strategies and perspectives on reality?

My guess (and I wish I could have this conversation with Anderson directly) is that writers and thinkers such as Anderson have succumbed to a world perspective in which they privilege reason or rationality above all else, in which – whether they articulate this perspective explicitly or not – they dismiss both tradition and experience as serious sources of wisdom. The irony of such a perspective is manifest and deep. Because there is no proof, no reproducible experiment, that tells us that rationality is the only good or appropriate or accurate lens via which to encounter life. To privilege reason in such a fashion is to make a faith claim as bold and as baseless as any claim that I have ever heard made in a church.

Religious expression is irrational – or, to borrow a phrase that I first encountered via the writings of Richard Rohr, it is trans-rational. Like stories, like music, like theater, like love, faith operates in that realm of experience that refuses to be measured, weighed, or proven. But just like those other things, faith is still true. Your experience and mine tells us as much. The witness of the millions who carried the faith to us across the years tells us the same.

Previous Ask A Buddhist: Why are there so many specific rules for monastics?
Next Ask A Jew: What does God look like?