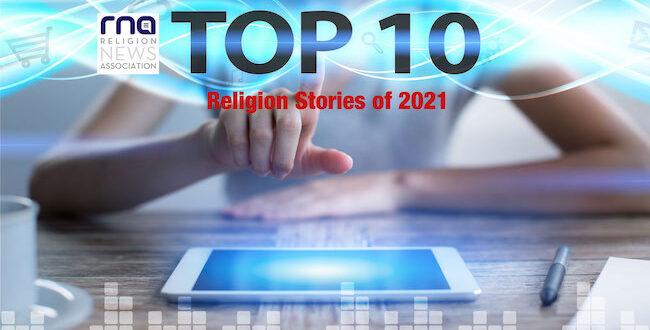 The prominent role played by religion in the Jan. 6 assault on the U.S. Capitol was chosen as the top religion story of 2021 by members of the Religion News Association in its annual Top 10 Religion Stories and Newsmaker of the Year Poll.

The Taliban’s return to power in Afghanistan was voted second, followed by the Supreme Court’s hearing of a challenge to the landmark Roe v. Wade abortion ruling. The Top 10 list also included two stories each related to the pandemic and controversies in the Southern Baptist Convention.

Justice Amy Coney Barrett, a Catholic who helped solidify a conservative supermajority on the Supreme Court in her first year in the role, was the runner-up for top newsmaker, followed by the Taliban.

Members of the Religion News Association, a 72-year-old trade association for reporters who cover religion in the news media, have been voting on the annual story poll for decades. A complete list of the stories and newsmakers they ranked appears below.

Top 10 religion stories of the year

2.    Taliban retake control of Afghanistan after U.S. military withdraws, reimposing strict Islamic rule 20 years after their ouster by a U.S.-backed coalition in the wake of 9/11. Refugees flee in airlift amid fears for the future of women and religious minorities.

4.    Tens of thousands of government and private-sector employees seek religious exemptions from COVID-19 vaccine mandates. Many, but not all, religious leaders refuse to back such requests.

5.    Joe Biden takes office as second Catholic president, frequently attending Mass and citing Catholic values and hymns but drawing controversy for supporting legal abortion. U.S. Catholic bishops approve a document on Communion that stops short of calling for withholding the sacrament from politicians who support abortion rights, although some individually say they would do so.

6.    Gallup reports that Americans’ membership in houses of worship drop below 50% for the first time in eight decades that the polling agency has been measuring the subject. Some 47% of Americans say they belong to a church, synagogue or mosque in 2020, down from 50% in 2018 and 70% in 1999.

8.    Investigators in Canada using ground-penetrating radar find hundreds of unmarked graves at former residential schools for Indigenous children, prompting new reckonings for the church groups that operated such schools in the United States and Canada.

9.    Popular Bible teacher Beth Moore ends affiliation with Southern Baptist Convention and its publishing arm, dismayed by the “sexism & misogyny that is rampant in segments of the SBC,” the convention’s handling of sex-abuse cases and members’ embrace of President Donald Trump despite his boasts of sexual exploits with women.

Previous The State of Christendom in Contemporary American Culture, Part 2
Next New Year, New Us? 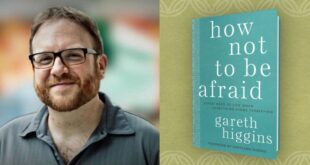