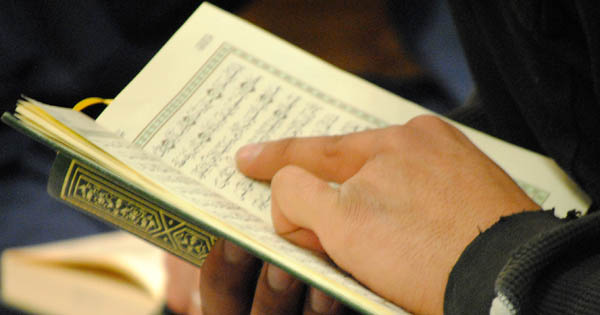 Religion Used by the State

Recently there has been much discussion, most often by conservative and ‘far right’ thinking Christians how Christianity is better than Islam, often referring to, occasionally citing, but never analyzing historically or critically , the Qur’an. The comparison is between the New Testament, as a document leading to peace and just warfare (not killing civilians or “innocents”) and the Qur’an, which calls for the spread of Islam by killing non-believers. Of course, this comparison has little base in the history of the major factions of the two religions, and completely misunderstands the meaning and historical context of the passages, especially those of the Qur’an.

This latter point is very important and most interesting. Much has been written on it by historians, Karen Alexandre in her recent “Fields of Blood” being readily accessible. It also is a very large topic, and deserves more space and time than I have.  Since the discussants seem to have gotten their dander up because of the corporate media’s recent accent on and copious reporting of recent terrorists who happened to be from Muslim cultures, I will limit my rebuttal of Islam’s superior violence to pointing out that by far the most terror caused in the world is at the hands, plains, and drones of my country, one most of the discussants seem to think of as the greatest purveyor of Christianity. I have not seen them admit that  white men not professing sympathy for Islamic extremists have committed most (two to one) of the acts killing people in the U.S by terrorists since 9/11. As of December  2015 there had been 352 mass shootings with 4 or more killed or wounded in this year. That is what terrifies me, not the falsely purported violence called for by the Qur’an.  A recent Nation column (Dec.21) by Gary Younge quoted George Orwell “Notes on Nationalism” where he said:

The Nationalist not only does not disapprove of atrocities committed by his own side, but he has a remarkable capacity for not even hearing about them…. Whether such deeds were reprehensible, or even whether they happened, was always decided according to political predilection.

The Prophet Micah told us to seek justice, act with kindness, and walk humbly with our god. I have seen none of these in the right’s condemnation of Islam. Since the horrific Paris killings they call for prohibiting Syrian immigration, and heavily restricting refugees. How unjust, for none of the killers were Syrian, some being European, and none refugees. This is kindness? And what about the Christian god offering grace to all? Can’t we understand, without condoning the act, the motivation of the killers? I understand those who operate our drones, and even the psychopaths who call for our use of torture. To do otherwise is not to walk humbly with my god.

Of course I prefer, for me, the Christian religions and their writings. It is the culture I was raised in. It is familiar, it and Native spirituality. I have lived in other cultures, including Black and Muslim, and know enough of them to see much value and honor. Never the less, I chose my culture over theirs, retaining my ability and need, out of love, to criticize my own. That is what humility means to me.

Certainly, for the past 100 years, ever since William James’ “Varieties of Religious Experience” we should be able to distinguish the social context of the development of one’s beliefs and hopes, from the idealized contents of a religion. The first have to do with individual and group actions on the part of a religion and its institutions. The second have to do with idealized values of the religion, and might not exist at all in the raw. Any belief I hold, will be conditioned much more by my culture of origin than by any doctrine or myth I profess. Mother’s milk is thicker than communion wine. The discussants fail to make this distinction, mistakenly believing that terrorists, especially of the Islamic hue, act out of the idealized values of their religion rather than the culture in which they grew. Place any doctrine in a different culture and we get a very different interpretation. For many of our colonialists, even very recently, it was an act of love to kill the primitive native than to let the devil get him or her. “A good injun is a dead injun.”

A simple cross cultural education, which any of us can easily obtain, leaves us with the understanding that most people act out of the historical and social exigencies of the times and not out of the professions of some religion, no matter what words, “insha’lah”, may be on our lips at the time. The church is much better bending to the will of the political forces and powers that be than in coopting those powers. Even this: I find very little of Christianity in the Crusades, which were mainly about securing trade routes and outlets, and economics and territory, than about beliefs. Iraq is about oil and balance of power in the form of military bases than about freeing a divided nation from a dictator, or keeping us safe from known non-existent weapons of mass destruction. We all, if we had open eyes, knew that. But Orwell knew our faults, and spoke the truth. We will deny our bad in order to approve of our atrocities. I’d rather walk humbly.

Previous Ask An Eastern Orthodox Christian: What are your thoughts on “Mary Did You Know?”
Next Martin Luther King Center to host prayer breakfast open to all faiths

Interesting. I did not know that the Crusades were about securing trade routes, but it makes sense.

I enjoyed reading this. You bring up an important point. It’s usually lost on people that individuals see their own personalities and convictions reflected in religious scriptures. What one brings to a holy book, one gets out. A racist will find passages that to him justify his beliefs and behaviors, just as a pacifists would find plenty of passages that speak to him.