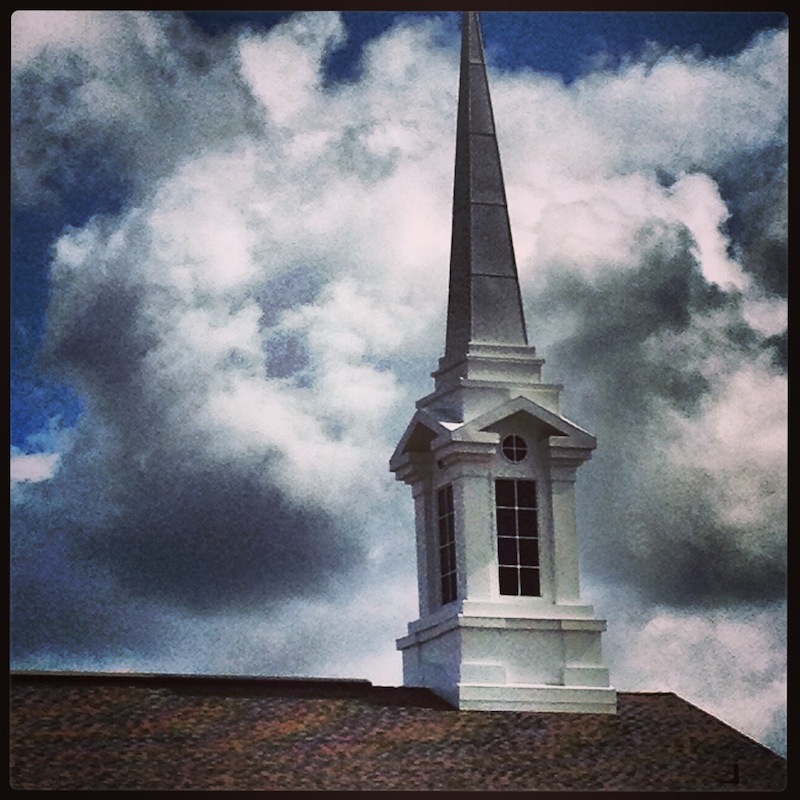 Religion from a Negative Perspective

There are few things sadder to a minister than having your child tell you that “church is irrelevant to me.” That was the message my son gave on his 18th birthday when he informed me that he would not go back to church again. The mix of emotions left me dazed, saddened, and frustrated. How could it be that my love of church and ministry had become a negative in my son’s life? Now that he is an adult with an eighteen-year-old of his own, I can see that history has the potential to repeat itself. I’ve tried my best to understand the ‘why’s’ of his change of heart, and have talked to both son and grandson about their negative view of the church. Perhaps the sharing of their ideas might help me adjust my own ministry to better meet young people where they are. Here are some portions of the discussions we have had, which I share for reflection.

The failure to distinguish between “spiritual” and “religious”

Joining the chorus of many voices, my son’s first reason for turning against church, and religion in general, is the all-too-common catch-phrase: “I’m spiritual, but not religious.” It seems to me that there is a failure to distinguish between “spiritual” and “religious.”

There is a false idea among people today that in order to measure up as a person of faith, we have to meet certain criteria – membership in a congregation, regular attendance of services, knowledge of religious scriptures, and conformance to creeds. There is a failure to recognize that one can be “spiritual” without meeting all of these requirements, and can even exercise that spiritual life outside of organized religion. In my personal understanding, “religion” is the set of beliefs that a person takes as his/her own; “spiritual” is the way we live out our beliefs or, simply put, our behavior.

Most one-on-one meetings I have with other people include me sharing my belief that we are all on a spiritual journey – everyone in the world. Sometimes that journey takes you through the organized church, and sometimes it does not. But each journey has value, and when we continue to insist that the only authentic spiritual journey is in and through the established church, we completely negate someone’s own personal spiritual journey. Perhaps the church that many of us know and love isn’t that attractive a stopping place on one’s spiritual journey.

The avoidance of the reality of religious pluralism
A second revelation that came to me in my son’s conversations caught me completely off-guard. Stating the obvious, my son simply said, “Your church isn’t the only church, you know.” I realized that there are too many persons of influence in our society who have proffered the view that, in America particularly, we are “a Christian nation.” The myopic view of one world religion being preeminent to the exclusion of other world faiths offends those who are not Christian, and rightly so. Ours is a complex world with a host of faith traditions which adds to the beautiful tapestry of the world’s spiritual life.

The most joyful aspect of my work as a chaplain has been the education I have received about the myriad of faith traditions I have come to know and appreciate. Having spent most of my youth and early adulthood in a very conservative Christian denomination, I must confess that I knew little about this very complex and amazing variety of religions and traditions. Instead of attempting to establish one belief system as the norm for everyone, we should be celebrating the diversity of our pluralistic world. Knowing ministers, rabbis, imams and faith leaders in more than 16 traditions is truly a gift that I cherish. How would I have known this if I had continued to live in my elitist and narrow view of the world from only one denominational perspective? My son was correct. My church is not the only church.

The hypocrisy of the Church in the eyes of the world
Without a doubt, the most painful accusation my son offered as a young adult in the modern world was that the church and many in it are very hypocritical. Many people, particularly our youth, see a direct contrast in the message being proclaimed in the church and the way it is actually lived out. Church officials covering up sexual abuse by priests and ministers, high ranking ministers caught in sex scandals, faith leaders who embezzle, and religious leaders who preach violence or homophobia or multiple marriages or child exploitation have all caused a credibility crisis in many faiths. For many, it is, perhaps, the single greatest cause for their disillusionment with the church and religion.

The contradiction between preaching love and practicing hate is not lost on those who keep a keen eye on the church and its followers. Today, the news is too often filled with stories about people of faith advocating practices that are diametrically opposed to the teachings of Jesus, the Buddha, Mohammed and other religious leaders. When my son could no longer reconcile what he was hearing and what he was seeing practiced, his view of church and faith was forever altered.
Tragically, that is a more common scenario than we would like to admit. Even as a minister, I am often appalled at the things some do in the name of God or religion.

The move from the pulpit to the political
The rise of religious zealots who seek the resurgence of the theocratic state has become all too common in today’s world. Muslim clerics, fundamentalist preachers, and radical rabbis are among many who would propose nations that are governed by religionists. In America, it has been the religious right who has most influenced politics in the past two decades, pushing their clear goal of making this “one nation under God.” The question is: whose God?

Conversations centered on the separation of church and state are so commonplace that they have become almost mundane. Though we are a nation that was founded primarily as a response to religious intolerance, we have recently begun to slide backward, toward a state controlled by religion. No one would dispute that our faith and moral compass should guide us in our political views. I do vote my conscience, and happily so. But I do not wish to impose my personal beliefs on others who do not share them. Today, when people, youth particularly, see religionists paying for and overtly influencing politics, it is a natural reaction for them to turn against the church and religion. That ought not surprise anyone.

The frightening rise of fanaticism and extremism
No other factor paints religion in a more negative light than the evidence of fanaticism and extremism. Throughout the world, the rise of religious extremism causes all of us grave concern. News reports of religiously backed suicide bombers and militias, sectarian wars, assaults on certain religious groups and establishments, hate crimes, and more are not limited to one single region of the world. They are universal.

While it may be true that this type of fanaticism might propel a few to join the ranks of these extremists, it is equally true that the daily witnessing of this frightening expression of religious fervor has turned many away from religion in general. My son, like many young adults, has often commented on his disdain for Christian right wing extremists and some churches who have endorsed and participated in acts of homophobia, islamaphobia, racism, gender bias and more. The question he often asks me is, “How do these people do these things and still call themselves Christians?” I have no answer for that. Sadly, the truth is that there are extremists in every faith tradition.

Over the years, I have tried to take a Socratic approach in my efforts to engage in dialogue with my son and his peers about these negative views of faith. In the course of that dialogue, I have learned much from them. These five aspects borrowed from their points of view are certainly not the end of the discussion. They have forced me to think long and hard about my own views of faith and religious institutions. From my perspective, that is not a negative thing at all. Focus on these issues is a positive move that perhaps most of us should tackle. We may not have the answers, but we certainly should address the concerns.