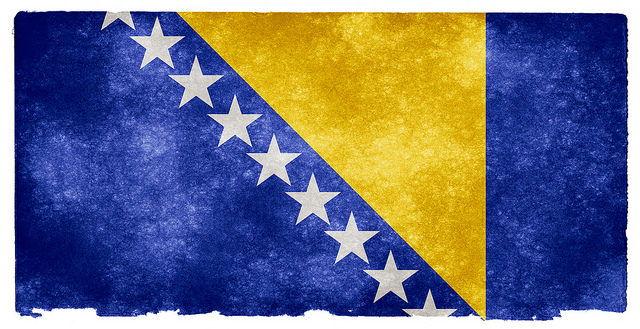 March 1 marks Bosnia and Herzegovina’s 1992 independence from the Socialist Federal Republic of Yugoslavia. As a Bosnian American, I reflect on how Bosnia’s independence has impacted all aspects of my life. Yugoslavia was an ethnically diverse nation. Serbs made up about 35 percent of the total population, while Croats (19 percent) and Bosniaks (9 percent) round out the top three ethnic groups. Most Serbs practice Orthodox Christianity. Croats primarily practice Catholicism, while Bosniaks mainly practice Islam. After Bosnia gained independence from Yugoslavia, a three year war erupted primarily along ethnic lines, financed and propagated by the Serb majority.

The war was devastating in its scope. Over 150,000 people (out of a population of about 4 million) lost their lives, primarily Bosniaks and those defending Bosniak territory. My family was personally affected. My father was imprisoned by his neighbors and spent several months in a forced labor concentration camp. My uncle was killed as a civilian and buried in a mass grave. He was murdered in 1992, but his remains were only found in 2013. My immediate family and both my paternal and maternal grandparents were victims of ethnic cleansing, which is forced relocation by the occupying army and seizure of our property. Although the war ended in 1995, my grandmother did not have her home and land returned to her until 1999.

Even though these tragedies had a negative impact on my childhood, my parents managed to raise me with positive principles. They taught me that our Islamic faith taught us to forgive and to look to the future. They taught me that even though we had lost so much at the hands of people that practice a different religion than our own, we have to be careful not to paint everyone with the same brush. My parents taught me to be proud of my heritage and my faith and to use my experiences to help others that are suffering or that are marginalized by their society in order to prevent the same mistreatments that we once faced.

As an American, I am fortunate to live in a country that legally protects its minorities. My hope is that we will socially also treat everyone equally. Currently, some politicians and influential leaders publicly state that they believe that Muslim Americans are not qualified to run for president. All Americans need to recognize the harsh consequences statements like that have on future generations. These statements tell children that their dreams are limited to their religious identity. I challenge you to reflect with me on the effects intolerance breeds and to publicly protect the rights of your neighbors, whoever they may be.

Previous Viewpoints: How do your faith and values influence your feelings about Guantanamo Bay?
Next Kosher Dinner Canceled