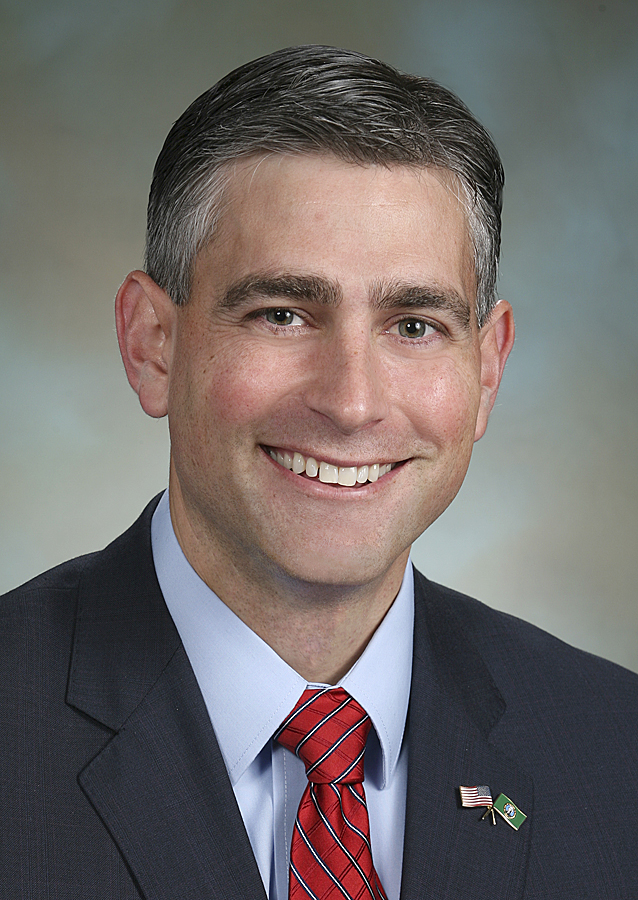 On Dec. 7, I attended incumbent Sen. Michael Baumgartner‘s free community hot chocolate gathering and canned food drive for homeless veterans. The event, held at Manito Park, was an attempt to gather community who would “bring…questions, comments and ideas for smarter government as well as a can of food.” Baumgartner provided the hot chocolate and purported to excitement at enjoying “fellowship while supporting those who have sacrificed for our very way of life!”

Despite his enthusiasm, many are calling into question Baumgartner’s communication choices, especially in the midst of an upcoming re-election run. Having personally attended the gathering, the number of participants was small due to the near zero temperatures constituents were asked to endure in order to engage the senator. Baumgartner did provide hot chocolate and two tall propane heaters, but he positioned himself right in the middle of said heaters so that most of the people attending were forced to the cold outer edges.

An argument could be made that the senator recognized the importance of having a public forum on the anniversary of Pearl Harbor no matter the weather temperature. He’s known to support the troops and has a veteran as his lackey. His holding the event could be also be viewed as positive since it’s rare for a legislator to hold such a function. However, there are glaring inconsistencies within his desire to hold an event he deemed his favorite time of year, and his patriotic support of veterans. This is a man who gets notably impassioned at veterans issues. Yet what he attempted to convey by holding the canned food drive, juxtaposed with his political actions — i.e. a vote against HB 2048 in 2012 — raise serious questions about his aptitude for politics and vested interest in constituents.

HB 2048 was a bipartisan bill that Baumgartner voted against (ESHB 2048) in 2012, which increased certain real estate surcharges to benefit local homeless housing and assistance from $30 to $40. Only 17 other senators joined Baumgartner in opposing the bill. Most of the contention was generally expressed as opposition to increasing the filing fee for funding the program, not an opposition to increasing housing for the homeless. Many maintained there was no direct link between the two issues; that it all added to the cost, including for low-income people. It is important to note however, that Baumgartner’s vote against the bill was in line with how most Republicans voted. And therein lies the rub because this is a man whose loyalties are starting to be questionable. In an email to constituents regarding the gathering at Manito, Baumgartner wrote that events such as these are made “even better when we can combine our efforts to make a difference in the lives of veterans who have fallen on hard times.” Yet those very veteran’s whose lives he wants to change aren’t worth the support of a bill that would assist them in their time of need? Most of us know that a can of soup will not serve people better than access to amenities necessary for building a life. Which makes Baumgartner a problematic politician when his words of loyalty to his constituents ring false in the face of actions that cater, and thus pander, to the ruling majority voice on the Legislative floor.

My query to all Washingtonians, with particular focus on the 6th District of Spokane, is this: Do you really want politicians like this representing your constituent voice? Michael Baumgartner is an example of how not to represent constituent voices. At the end of the day, Baumgartner tells you how he views his job, and he’s assuring you that it’s not your voice he cares about.

Baumgartner is interested in “discussing my priorities for the upcoming 2014 legislative session in Olympia”, with emphasis on the word “my.” He might woo you with words that suggest “we’ve got work to do…”, but friends, the ellipsis says it all.

(Contact me to watch the full video of his presentation).