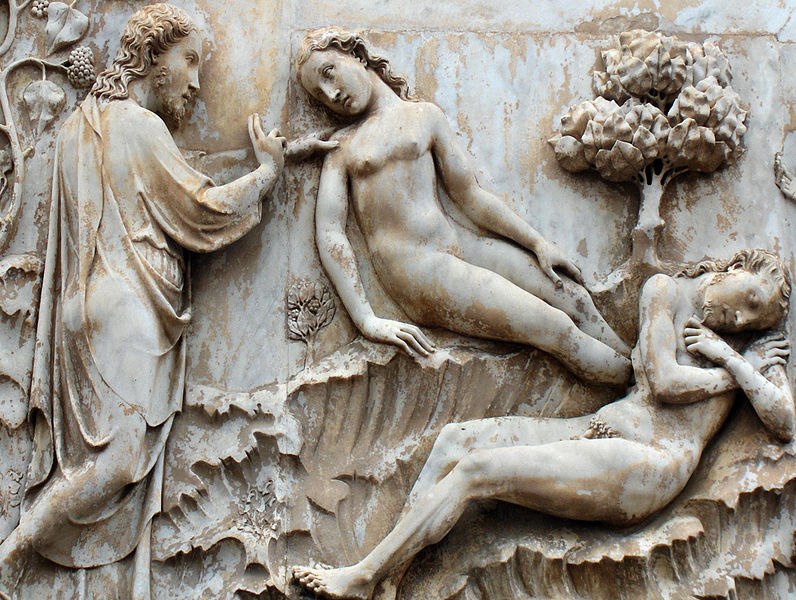 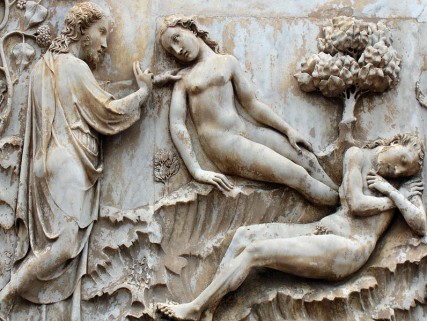 I think of women coming together since the beginning of time to help raise their children together. I think of a secret, forever unbroken genetic matrilineal link passed from every mother, to every daughter. I think universal. I think women as co-creators with God, and global beginnings, of new life and connecting to the earth. I think beauty and birth. I think of passed down wisdom, and creation, and something precious and special. I think so many beautiful things.

So it makes me sad that Eve is sometimes associated with submission, temptation, punishment and falling from grace. I think something as precious as womanhood would certainly be targeted as fiercely as it has been, by satan, the adversary of God.

In part 1, I argued that leaving the Garden of Eden and having children was a courageous decision, not a sin. In part 2, I argued that Eve was not punished for her supposed sin by having to be submissive to her husband. And now I will say that birth should not be a punishment either, as understood from Genesis 3:16, “Unto the woman he said, I will greatly multiply thy sorrow and thy conception; in sorrow thou shalt bring forth children…”

Old Testament scholar Hugh Nibley explains, “The key is the word for sorrow, atsav, meaning to labor, to toil to sweat, to do something very hard. To multiply does not mean to add or increase but to repeat over and over again; the word in the Septuagint is plethynomai, as in the multiplying of words in the repetitious prayers of the ancients. Both the conception and the labor of Eve will be multiple: she will have many children.”

Birth can be a gift. Or so I'm told. Just ask any woman who has experienced infertility. Or ask one of the many women who are part of the fascinating and growing trend of natural and home births. They say the pain is worth it, leading to a great sense of empowerment, and euphoria at the end. Many claim their births were not even painful, through self hypnosis/ meditation, or even sheer luck. Some even claim to know the secret to a pleasurable birth. As I understand it, the philosophy is that fear leads to tension, which leads to more pain. Confidence in yourself, your body, and the amazing thing it can do, is the key to managing labor pain. Sound familiar? 2 Timothy 1:7, “For God hath not given us the spirit of fear; but of power, and of love, and of a sound mind.” Fear is the opposite of faith. Eve had plenty of faith.

Mormon apostle Boyd K. Packer offers, “Do not be afraid to bring children into the world. We are under covenant to provide physical bodies so that spirits may enter mortality” (More on that in part 1).

Birth is possibly the most profound experience in life. Some would say becoming a mother is the most courageous choice a woman can make. Eve was our first mother, and had the foresight, faith, wisdom, and courage to make the difficult, but better in the long run, choice for her family — the human race. No evil temptress, no docile flower, she took the bull by the ovaries, if you will, and I hope to spend my life learning to do the same. I hope I have written adequately in the first two parts of this series about what an example of courage and faith I think Eve is.

She did make a choice that, as any choice does, had consequences.

In the words of author Jena Pincott, “With brains comes pains.” She explains in her book that our species’ uniquely large brains and our unique biped gait (which requires small pelvises), equals a tight passage into the world. Potentially painful, it’s a trade-off of sorts. Our first parents, taking on the wisdom and the honor of being human, apparently made that trade off, and wisely so, which is just more beautiful symbolism in my eyes.

Previous Pool of American imams too small to meet the demand
Next BRIEF: Meditation group to focus on serenity, insight