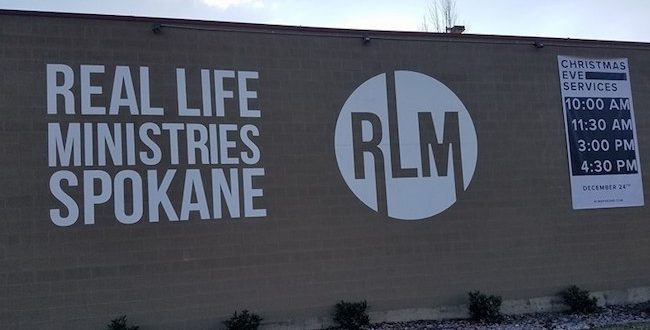 The Real Life Ministries (RLM) church group is taking steps to open a new location on the South Hill by the beginning of next year.

Pastors Richie Shaw and Michael Kotsala are leading the church in the move and hope to bring thousands of people on the South Hill to know Jesus.

“We see that as a massive place for the Gospel to make an impact in people’s lives,” Shaw said.

RLM was started in 1998 in Post Falls, Idaho as a small group.

“And then that church grew out of a small group in a backyard to thousands and thousands of people over the next six to eight years,” Shaw said.

By 2006, RLM had planted three other locations around Idaho. That year, Shaw came to one of the Post Falls locations and began working there until 2010, when he and his family made the move to open up the North Spokane location.

In a similar fashion to the original RLM church, the North Spokane location started out as a small group that met in the Tomato Street on Division.

“The General Manager was on our core team and he brewed some very awful restaurant coffee and opened it up early to us Thursday mornings,” Shaw said.

The new location started holding services in October 2010. Originally meeting in an elementary school, the attendance grew and the church eventually bought out and redesigned an old Gold’s Gym. Since then the church has grown to service about 1,200 people including Britte Pierson, 24-year-old attendee of RLM.

“They’re really intentional about plugging new people in and they are very consistent with their small groups,” Pierson said.

After growing up in a more traditional church, Pierson said she sought “something where there was more to the church than just going on Sunday.”

“The main focus was that the church isn’t a place; we are the church so you bring it with you wherever you go,” Pierson said.

Kotsala and Shaw have been scouting out locations for the South Hill church, but a final decision has not yet been made.

“[Kotsala] is our point guy as far as our relationships go on the South Hill,” Shaw said.

Both Shaw and Kotsala currently live on the South Hill and would make the new location their full-time positions. Shaw plans on occasionally visiting the North location but would leave most of the operations to the staff that will fill their places.

RLM aspires to open a total of five churches in the greater Spokane area. This would include seeing churches in places like Cheney and Deer Park as well.

RLM would like to have its new location open for services on Feb. 18, 2018. Additionally, Shaw claimed that the church has no desire to compete with current churches in the area, but would simply like to see more people going connecting with Christ.

FāVS wants to tell more stories like this. With your donation, we can. [give_form id=”53376″ show_title=”true” display_style=”button”]

Previous Ask a Jew: How do ultra-Orthodox Jews support their large families?
Next Hiding—You Keep Using That Word. I Do Not Think It Means What You Think It Means