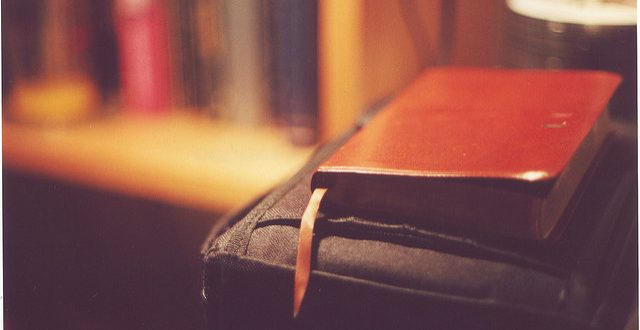 Reading Yourself into the Bible

Recently, a friend used the parable of the generous master to deny the validity of the minimum wage. In Jesus’ parable, a master hires workers for a fair wage to work his fields for the day. Halfway through the day, he hires more. As the day goes on, he hires more and more workers. The last workers only work for one hour. At the end of the day, he pays them all the same wage. Those who worked all day start to grumble and the master chastises them, saying that he paid them fair and they had no right to question his generosity.

My friend argued that those making minimum wage should also be happy with what their boss pays them, making a parable used to explain the glories of God’s generosity become a justification for man’s greed toward his fellow human beings. It is easy to disprove my friend’s contention because the master paid a fair wage, which would have meant a living wage in first-century Palestine; the current minimum wage is certainly not a living wage. Further, those asking for a fair wage to be reflected in the minimum wage are not grumbling that others are making the same wage for less work, but that they can’t live on the minimum wage after a full day’s work. What struck me, though, was that his argument is part of a broader pandemic of eisegesis.

Eisegesis is an interpretive process used by many that makes the Bible say what they want it to say, rather than critically searching for what it is actually saying. Many evangelicals practice eisegesis and not exegesis, or critical interpretation, which is necessary to get a good understanding of what the writers of the text were actually trying to convey. It should go without saying that the Bible comes from a different culture than are own. Many of the original Hebrew and Greek words lose or gain connotations when translated into English. One of the motivations behind the Kong James Onlyism is to avoid the reality that exegesis may contradict cherished non-biblical ideas. Better to protect these ideals by freezing our biases into our translation of Bible.

The parable of the generous master was told by Jesus to explain God’s love — not as an argument against paying people a fair wage. Yet my friend is not alone in (mis)using Scripture to defend a political or personal position. I have seen a whole array of issues where we can easily be fooled into thinking we are in accordance with the Bible. Many a book, essay or even pastor will go through the Bible to cherrypick a verse or two to “prove” a point that, had the verse been put into context, it would not support.

We are all prone to this very bad habit.

But how can we know when we are misleading while reading the Bible? I’ve three suggestions.

One good trick is to ask youself whether you have been challenged to your core by Scripture. If not, you are most likely practicing eisegesis. Why? Because only if we are perfected in Jesus can we not be challenged by the Biblical witness. Since we all fall short of the glory of God, we all have to wrestle with the text. “Israel” literally means “wrestling with God” and, like Jacob who wrestled through the night, if we really engage our faith in Jesus, then we will wrestle with God.

Another way is to determine whether we only read the Bible as a rule book, quoting individual verses. Most of the Bible is embedded in the larger story of God and his love. When we take verses out of context, we are using verses like Lego to build our own world, which is dangerous. Try to avoid building a plastic house through eisegesis. Reading a whole letter or look is better than piecemeal reading or perusing the Bible for cool verses. Yes, there are excellent proverbs in the Bible — there’s even a whole book of them — but the whole of the Bible is more. (By the way, if you hold that the Bible has no contradictions, examine Proverbs . If you find yourself trying to explain away contradictions rather than finding the reason for them, then…)

The third way is one Paul advocated. Is our reading bringing us closer to God? Is the fruit of your Bible study making you have more love, joy, peace, forbearance, kindness, goodness, faithfulness, gentleness and self-control? If not, you’re less reading your Bible to inform your worldview than you are reading your worldview into the Bible.