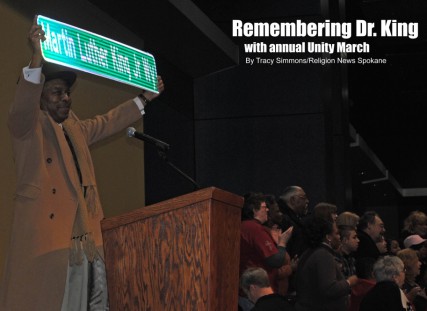 Sharon Cowan faced the choir, raised her hands in the air and signaled singers to begin. Just like they do every year, the Spokane Community Gospel Mass Choir jump started the annual Martin Luther King Jr. Unity March with its upbeat tempos. It only took moments for the crowd to surround the choir and join in the clapping and singing. 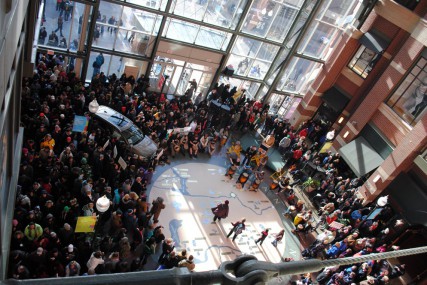 In 2011 Kevin Harpham, who had ties to white supremacists, tried to detonate a bomb at the Unity March. But that didn't keep MLK supporters from attending this year's event, as people came from all over the Spokane area and parts of Idaho to attend. The event drew in about 3,000 people, which, according to the Spokesman, is twice as many as last year.

Sen. MichaelBaumgartner (R-Spokane) applauded the attendees for not backing down. “We came here today to celebrate the best of America,” he said. “And given what happened last year, we also came here to stand up against what has become the worst of America.” 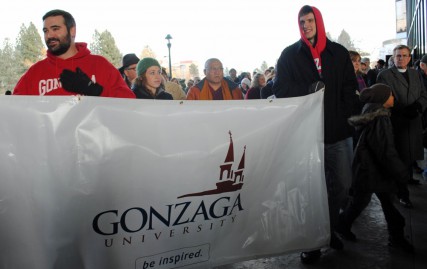 He said residents don't want this area to be known as a refugee forclose-mindednessand intolerance, but instead as a breeding ground for justice and equality. Ivan Bush, co-chair of the Martin Luther King Jr. Planning Committee, emceed the event and urged the crowd to fight injusticesyear-round. “Let's commit ourselves to extending this day to not just the third Monday of January, but let's take this day throughout the year and let's make a difference,” he said. View photos of this event on our Flickr album.