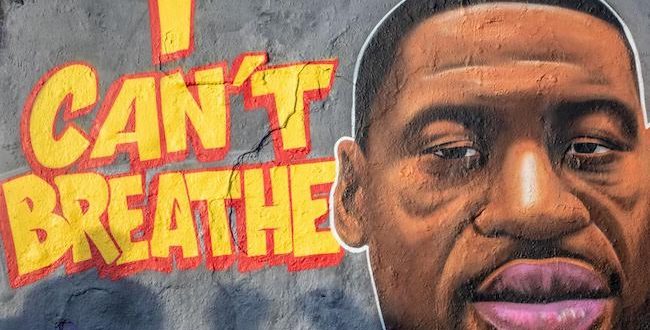 Racial Understanding in Fits and Starts

Racial Understanding in Fits and Starts

Fits and starts, and good intentions, and awkward interactions, and moments of profound understanding, and followed by equally profound misunderstandings.

This is how many white Americans learn about race, come to grips with white privilege and systemic racism.

Nearly 250 years after the founding, issues of race remain our dominant social and political narrative. There have been times in those 25 decades when it all boiled over, spasms of unrest, violence, and confrontation.

Optimists – or deniers – then suggest that the unrest is part of some sort of ongoing healing process, that things surely have gotten better for Americans of color, or worse, were never all that bad.

My thoughts wandered in that direction last week upon hearing the verdict in the George Floyd murder trial and then watching the predictable reactions from the right.

“The system worked.” “Justice has been served.”

Suggesting the system worked is white America’s way of moving on. Of course, we now move on without George Floyd.

On a macro level, race and racism present issues woven into the fabric of American life. But to really make progress, white Americans must deal with race on the micro-level, rethinking our own attitudes, our own biases, and our own privilege.

Fits and starts. That is how I think of my own personal struggle with issues of race.

Born in Portland, Oregon, raised in Eugene, I initially thought of race only in terms of the national news, coverage of the civil rights movement, fire hoses and attack dogs, Martin Luther King Jr. and his dream. I knew no one of color. There were no black students in my Eugene high school. I was casual friends with a young woman of Polynesian descent, but never thought of her as a person of color. Years later, I learned how much discrimination and hate she faced daily, discrimination to which I was totally oblivious. Obliviousness is white privilege.

At the University of Oregon black students lived outside my social circle. Most were athletes or related to athletics. I lived among journalists. But for the time I was – to use the contemporary term – sort of “woke.” At nearby Oregon State University, the football coach had ordered his black players to shave their beards and cut their hair. To protest the inherent racism of that order, hundreds of students, including myself, showed up at an Oregon/Oregon State basketball game and sat on the court delaying the start for some time. But it was a big game. So as soon as the protest was over, I hurried home to watch it on TV. Leaving racism to those who were actually experiencing it while I watched a game on TV was white privilege.

During my college summers, I worked for the city parks department as a park aide and later supervisor. We opened each summer season with a training program conducted at a nearby camp. My cabin mate that first summer was a black university student named Calvin. Hard as it is to believe, I was 19 years old and had never had a meaningful conversation with a black person. But Calvin and I hit it off. We would stay up after “lights out,” talking, sharing life experiences. Of course, raised in Southern California, his experiences might have occurred on Mars for all the commonalities we shared.

Eye opening. And even more so when later in the year, during one campus protest, a group of Black Panthers, in black leather jackets and black berets, marched through campus shouting “off the pig,” fists raised in the black power salute. There, in the middle of that group, was Calvin, not the friendly black man who shared my cabin, but a scary black militant shouting out hatred of police and white people.

I had been working in St. Paul, Minnesota, for a few years, and in 1983 moving into a low-level editing position at the St. Paul Pioneer Press. Our newspaper company had become a leading advocate for more newsroom diversity and at some point, my editor, the great Deborah Howell, asked me to coordinate our diversity hiring program, especially focusing on young interns.

I helped hire a Japanese American reporter. I hired a young Mexican American intern and shortly thereafter a young black reporter, a woman.

In short order, I offended the young Hispanic reporter when the phrase “no way Jose” slipped out in a casual conversation. She lectured me on that and later doubled down when I made some reference to the Texas Rangers, learning for the first time (really!) the historic racism of that force in the genocidal subjugation of native peoples and Mexicans, evil the history books, TV and movie westerns of my childhood never addressed.

My real difficulties involved the young black intern. We did not get along at all. She was inner city L.A. I was West Coast, a classic white liberal. Looking back, I am certain she saw my supervisory style as casually patronizing, racist. I found her to be uncommunicative, uncooperative, and hostile.

One evening, fed up with the deteriorating relationship, I slipped a note under Howell’s door telling her I was giving up, that someone else needed to supervise the young woman I had labeled a troublemaker. The next day, there was a note from Howell stuffed in my office mailbox.

“Take responsibility!” was all it said.

A few weeks later, Howell had me spend an afternoon with a black editor from the Washington Post to hear from him how my one-size-fits-all management style could come across as racist.

It was an epiphanous conversation that influenced my management career over 25 years. The opportunity to learn about race without experiencing racism is white privilege.

And still it was not enough.

We were living in Colorado Springs, home to the U.S. Army’s Ft. Carson. Our next-door neighbor was a black sergeant in the 10th Mountain Division. His wife was German. They had two great kids, black, not much older than my own. The daughter was our babysitter. The son was older, a star athlete and good student, liked and respected in our mixed neighborhood.

One summer evening, just after the son had turned 16, we were visiting over a backyard barbecue. The son’s German grandmother had given the young man a sporty little Pontiac for his birthday. It was used but still sharp. The kid was thrilled.

But then I listened as the father gave his son some deadly serious advice.

“You’re going to be stopped by the police. This is what you do…keep your hands visible, have your license, registration and proof of insurance handy. Say “yes officer,” and “no officer,” and do not argue, ever. Do as you’re told.”

Sure enough, in the first month the son had his sporty car, he was stopped five times. “Is this your car son?” “Why are you in this neighborhood?” “Where are you going?” “What are you doing?” Casual police racism that scared the crap out of his parents.

My son would turn 16 a few years later. He needed no similar preparatory lecture before driving. And in his first months as a driver, even driving his mother’s sporty little Toyota, he was not stopped by police. Not once. That is white privilege.

And 25 years later, little has changed.

I could go on. There was the black, teenage son of a newspaper colleague, an honor student at Lewis and Clark High School, who could not go to the mall with his friends without being followed by security. There was the clerk at our dry cleaner shop in Spokane Valley who wished my wife a “happy ‘n-word’ day” on the MLK Jr. holiday. There were the well-dressed, prosperous white shoppers who approached a black mother and her several children outside Nordstrom at River Park Square and demanded to know what they were doing sitting at tables in the coffee shop but without ordering coffee or food.

And we seem no closer to resolving our racial divisions now than we were 250 years ago. In some ways, the divide has gotten worse, especially as incidents of overt and casual racism directed at people of color have exploded in the Trump era.

The Chauvin verdict could never have happened without the video evidence of bystanders horrified by what they were seeing. But even with inarguable video evidence, racists on the right, such as Tucker Carlson on Fox News, are saying the verdict was “mob justice,” that Chauvin did not kill Floyd, that Floyd was not a good person, that he had other health problems. Chauvin was just doing his job trying to control a criminal suspect, the right argues. No racism here.

Is the Chauvin verdict the start of something positive? Or is it merely one more step forward before we take two steps back? History tells us the latter. Right now, notwithstanding the Chauvin verdict, we do not show signs of moving forward at all.

Previous Religion & Science: Comrades in Arms Against Ignorance
Next How Does a Psychic Medium Work?