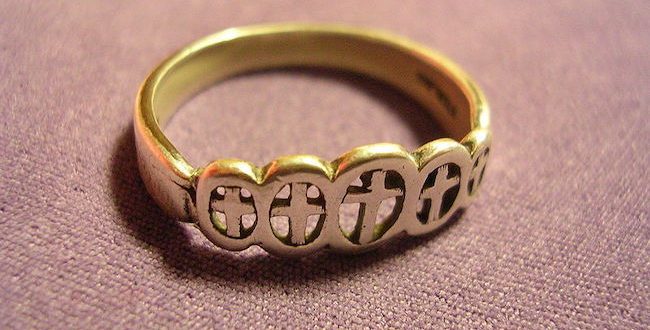 Implicit and explicit messages promoting “purity culture” have long been normalized in the Conservative Christian Church. The emphasis of remaining “pure” until marriage is often particularly targeted towards young women and girls. This is demonstrated through virginity pledges, purity rings, Daddy Daughter Dances, the “giving away” of daughters by fathers during matrimony, Purity Balls, and characterization of sexuality existing as a gift to be saved and given to husbands.

Recent efforts to promote abstinence by Christians have also moved outside of the church. Promotion of a strictly abstinence-based approach to sexuality education in schools has recently been at the forefront of the efforts of many local Christian groups. Other efforts include encouraging parents to opt their children out of school-based sexuality education altogether, and even the creation of an online, incentivized, alternative abstinence-based, heteronormative curriculum.

As both a Christian and a health professor, the promotion of abstinence seems to make sense at a cursory level, as one would assume that it would allow young people to more closely observe biblical principles while at the same time decreasing the risk of unintended pregnancy and other health consequences.

But in a society that seems already to overemphasize female sexuality, is the church adding to the hypersexualization of women by overemphasizing the role of virginity? And by encouraging decreased exposure to comprehensive sexuality education, is the church failing to provide the tools necessary to avoid sexual risk? And what is the broader impact of the internalization that sexuality is the most important gift that a woman could share with a partner?

One danger in overemphasizing the value of virginity is that it devalues the other aspects of the complete self, sending cues that female sexuality is the apex of desirability to a partner. The value of the intellectual self, the capable self, the mature and holistically healthy self is conversely understated in terms of the “gifts” females can bring to relationships. The danger of this messaging exists not only in its narrowly defined suitability to potential mates, but also inadvertently and ironically sexually objectifies girls and women.

Another danger associated with inappropriate elevation of the value assigned to virginity is the pressure that it places on young women to marry. Adolescence and young adulthood are unquestionably characterized by intense biological drives and nearly constant exposure to sexuality. When these influences are juxtaposed with purity pressure, one can imagine the increased desire to seek out a marital partner with a false sense of urgency.

And in cases where women internalize these purity expectations but engage in sexual behavior outside of marriage, either by choice or by force, the label that follows often carries unique and overstated sweeping generalizations of moral character. Destructive feelings of shame and a reduced sense of worth can result, as if the woman’s moral center and value exists in such a limited space as her sexuality.

The misguided desire to repair this perceived damage to moral character and value can result in women and girls not reporting sexual assault and can lead to deep rooted feelings of shame that women carry for a lifetime. Overemphasis on the connection between virginity and moral character hurts all women, not just victims of sexual assault.  When exposed so pervasively to these repeated, often exaggerated expectations of purity, combined with devaluing cues throughout the formative years, it is difficult if not impossible to shed their impact and develop a healthy relationship with sexuality. Humans are sexual beings, and most will eventually engage in sexual relationships. Moving from confusing mixed messages about modesty, abstinence, and sexuality to a mutually beneficial consensual sexual relationship can be understandably challenging, particularly in the absence of a fact-based sexuality educational experience.

The Bible has much to say about sin as it relates to excess and overindulgence. By spending so much time emphasizing gluttony as it relates to sexuality, is the church inadvertently deemphasizing other important areas that might be more generally applicable and equally important? Is the emphasis on sexual purity an intentional distraction from more universal applicable sources of excess? And what impacts would we expect if we talked in the church about abstaining from, let’s say, over-eating, the same way that we talk about abstaining from sex? And what if the church attached the same moral labels to overeating that are attached to sexual behaviors? One can imagine how difficult it would be to have a healthy relationship with food if expectations were so explicit and value-laden.

It is time for the conservative Christian Church to reexamine the way in which it promotes abstinence, particularly among girls and young women. It is time to empower women and girls with a broader understanding of their multifaceted value, not just the power of their sexuality. It is time to give young people all the tools that they need, including access to comprehensive sexuality education, to make healthy sexual choices. Let us not inadvertently both inappropriately elevate and inappropriately diminish the power of sex.

Robin Pickering is currently the director of Women and Gender Studies and an associate professor of Health Sciences at Whitworth University in Spokane, Washington. Her research interests include women’s health issues, exercise self-efficacy, and the impact of social media on health risk behaviors. She currently serves as a member of the Women and Gender Studies Committee at Whitworth University and the advisory board for the Eastern Washington University Alumni magazine, as well as a contributor for several local media publications. She has served as the Vice Chair of the Board for the Spokane AIDS Network, Program Director of Community Health at Eastern Washington University (EWU), and steering committee member for the Masters in Public Health degree for EWU. Robin received her PhD in Education with an emphasis on Health, Psychology, and Adult Education, a master’s degree in Exercise Science and Pedagogy, and a bachelor’s degree in Health Promotion and Wellness. She has also served on the board for Early Head Start, The Spokane Birth Outcome Task Force, and on various other committees committed to promoting community health. Robin is a certified Wellness Coach and currently serves as a Personal Development Consultant specializing in Sexual Assault Prevention for the Spokane Chiefs (a local hockey team) and has instructed yoga in the community for 16 years.

Previous Ask A Jew: Is the Wailing Wall truly a remnant of the Second Temple?
Next Sponsored: Imparting Moral Values to Children: The Ultimate Role of Parents