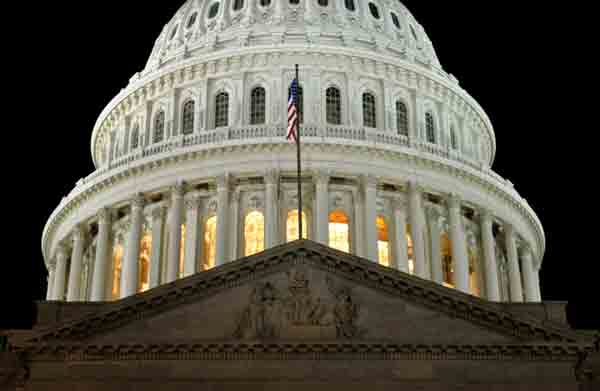 That name will mean nothing in Eastern Washington. But in my hometown of Eugene, Oregon, Weaver was an important figure.

As a young reporter, I first met him in the early 1970s. He was an environmental activist and well-known wilderness advocate, issues I encountered as a bureau reporter for The Register-Guard in Eugene. He was also a staunch opponent of the Vietnam War.

Shortly before I left Eugene for a one-year graduate program, Weaver was elected to Congress representing Oregon’s 4th Congressional District. He served from 1975 to 1987.

My new beat was dubbed “energy and environment” and among the significant issues I was to follow was proposed development of nuclear power plants in the Northwest, plants Weaver opposed. Of course, that issue and others related to environmental protection brought me into contact with Weaver from time to time.

He was not a button-down, gray suit sort of politician. He was a bit nerdy, goofy, even, not nearly as polished as other career politicians – or at least that was the image he cultivated. As politicians go, he seemed uncommon.

Still, I found him to be accessible, forthright, always a good source.

One evening, 1979 or 1980, my girlfriend and I were waiting in line at a popular Eugene restaurant. The host had asked us and others to wait until a table was ready, maybe 10 or 15 minutes. Then Jim Weaver walked in, with an aide as I remember. The host asked him to wait with everyone else. But he objected.

“Don’t you know who I am,” he argued. “I’m a member of Congress. I demand to be seated.” Something along those lines.

I cannot remember whether he won that argument. But the fundamental details have stuck with me for 40 years.

Here was a populist politician who had been doing good work on behalf of the people for most of his adult life exercising, or at least demanding to exercise, a form of political privilege.

True commitment to public service is increasingly rare. I do not think I have met a candidate for office in the last 40 years who sincerely placed public service ahead of political or economic self-interest.

Outside of politics, examples are more common. We have come to appreciate the sacrifices of health care workers, first responders and even military personnel. Some clergy demonstrate that commitment. So do most journalists.

But politicians? Name one, please.

How do I reconcile the incident at the restaurant with Jim Weaver’s record of service? There is no reconciliation. All of us share our good works with our pettiness. That is human nature.

Jim Weaver was a dedicated public servant, who, on that occasion at least, put himself ahead of the people he served for no better reason than a quick dinner. The politician I viewed as uncommon had become all too common in that moment.

I mourn Jim Weaver. He was a good Congressman. He did good work, especially on behalf of the environment. But what does it say that in reading of his death and mourning his loss, it is the restaurant incident that first came to mind?

When a politician’s commitment to public service is compromised on the little things how soon do the compromises engulf the big? And that is a question for our time, not Weaver’s.