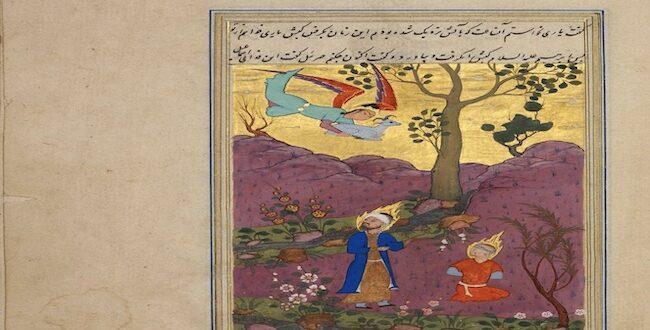 July 10 marked the beginning of the Islamic month, Dhul Hijjah. Dhul Hijjah is the last month of Islamic lunar calendar. This also means Muslims across the globe who can afford it, head to the Kingdom of Saudi Arabia to perform the pilgrimage called, Hajj. Hajj is one of the five pillars of Islam. This year, Hajj will be impacted again due Covid-19 pandemic. Although there is a significant increase in number from 1,000 people allowed in 2020 to 60,000 in 2021, it is still downsized in comparison to more than two million attendees in the year 2018.

Hajj is a great reminder of the legacy of Prophet Abraham called ‘Ibrahim’ in Islam, and his unquestioned obedience to God. At the same time this event also highlights how Prophet Abraham stands out as a symbol of unification between Judaism, Christianity, and Islam. These three monotheistic religions have shared origins and that is why are also called “Abrahamic Faiths.”

Hajj consists of many pre-Islamic rituals but now it is performed to worship only one God. During Hajj, Muslims circumambulate Kaaba – House of God, Islam’s most sacred holy site built by Abraham and Ishmael. One of the rituals of Hajj is to perform “Sai” in which the pilgrimages run between two hills of Safa and Marwa as a symbolic gesture to what Hagar (Abraham’s wife) was doing when she was looking for water for Ishmael (Abraham’s son).

At the end of Hajj, the Haji’s (those who perform Hajj are called Haji’s) offer sheep/ lamb/ cow as a sacrifice symbolizing Prophet Abraham’s unquestioned obedience and willingness to sacrifice his son Ishmael on God’s order, who was then replaced by a lamb/ ram at the last moment. The sacrificed animal’s meat is divided into three parts but most of it is distributed between the needy. At the end of the rituals, Muslim celebrate the festival called, Eid-Al-Adha.

(Takbir al-Tashreeq is a prayer chanted by pilgrims and Muslims around the globe till the end of Hajj).

Prophet Abraham has a special place in Islam and is one of the very few prophets that also has a specific title beside Prophet Moses, Muhammad and Jesus (peace be upon them all). He is known as “Khalil Allah – a friend of God.” He is not considered a Jew, a Christian, or a Muslim but a “Hernif – someone who knows that there is only one God worthy of praise and worship.” The 14th chapter of Quran is also named after him called “Ibrahim”. The story of his son’s sacrifice is narrated in the 37th chapter, As-Saaffat of the Quran.

In Judaism, the story of sacrifice is called the “Akedah,” the Binding of Isaac. According to Genesis, it was his wife Sarai’s (Sarah’s) son Isaac not Hagar’s son Ishmael who was offered for sacrifice on Mount Moriah.

It is also narrated in the first book of Torah, called Genesis and Abraham’s name is mentioned as Abram. He is also called the first “Patriarch of Jewish people.” The first Jew who followed the commandments of God. According to Genesis chapter 12, The calling of Abram by God:

In Christianity and Judaism, it is believed that the son offered by Abraham for sacrifice was Isaac (in Hebrew, Yitzhak); Muslims believe it was Ishmael (in Hebrew, Mosheh; in Arabic, Isma’il).

Although there is difference as to which son was offered for sacrifice, the core beliefs on his monotheism, his will and blind obedience to God are alike. Prophet Abraham and his story of sacrifice exists in all three monotheistic religions sacred texts. These stories are a great reminder of similarities these faiths have in common. His existence and his place in all these three faiths makes him a symbol of unity for humanity.