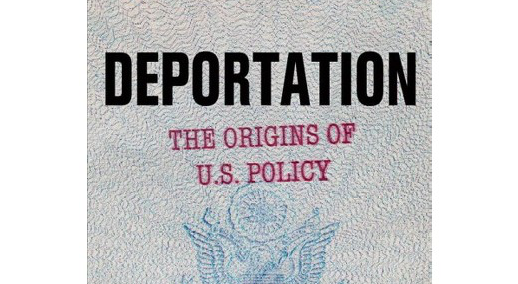 Deportation: The Origins of U.S. Policy Book by Torrie Hester

Professor Torrie Hester to give lecture on deportation and immigration at Gonzaga, Oct. 10

Hester’s lecture, based on her book, “will discuss her research on U.S. immigration policy and its impact on geopolitics” and how the words “immigrant” and “citizen” have changed in meaning since 1892. “Deportation” chronicles immigration and deportation policy in the U.S. from its beginnings in the late 19th century, when Chinese workers became the first immigrant group eligible for deportation by an act of Congress in 1882, up until today. Kelly Lytle Hernandez from the University of California calls the book “a timely and urgent work.”

The lecture is part of the William L. Davis, S.J. lecture series, in honor of the Gonzaga history professor and chair of the history department who taught from 1931 to 1960.

“Deportation: The Origins of U.S. Immigration and Deportation Policy” will be free and all are welcome to attend. It will be held in the Jepson Center’s Wolff Auditorium at Gonzaga on Oct. 10 at 6 p.m. For more information, contact the history department chair, Robert Donnelly, at 313-3691 or at donnelly@gonzaga.edu.

Previous Join SpokaneFāVS today for a Coffee Talk on “Unlearning Hate”
Next Ask A Buddhist: Is Buddhism for Me?