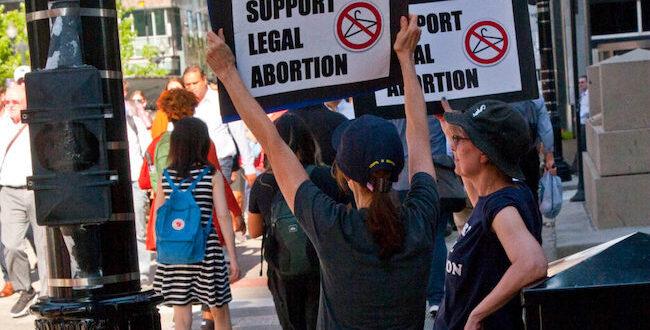 Roughly 115 million Americans were born after 1973, the year the U.S. Supreme Court, in the historic Roe v. Wade decision, ruled women had the right to choose abortion.

That means one third of all Americans have no knowledge of a time when the right to choose led to a back alley or an unlicensed Mexican clinic.

I was friends with two young women who faced unimaginable decisions in 1969 and 1970. Both were “good” girls as was said at the time, deeply in love with servicemen headed to Vietnam. One young man never came back and the other came back changed.

Both women found themselves pregnant and alone. In both cases, babies would have derailed their lives in devastating ways.

One found a back-alley clinic in the Northwest and her early-pregnancy abortion was successful. The other young woman took a bus, traveled to Southern California, and then across the border to Tijuana. On the return trip, she hemorrhaged, nearly bled to death, and spent time in a California hospital.

Nevertheless, since Roe v. Wade, legalized abortion has been the galvanizing political issue for the right, especially evangelicals and other religious fundamentalists including Catholics.

Public opinion can be volatile, can change rapidly with the political winds and rarely leads to resolution of divisive issues. Nevertheless, the U.S. had reached a sort of public judgment on abortion that was relatively consistent for decades. Public judgment, a theory developed by the late pollster Daniel Yankelovich, suggests the public will reach judgment on an issue that tends to fall somewhere in the middle and represents some level of community consensus. Judgment is more stable than opinion but can shift over time.

In terms of abortion, this nation’s public judgment provided for abortion under some circumstances – not abortion on demand but not total prohibition either.

That relative equilibrium is gone, of course.

For Republicans seeking office, opposition to abortion rights has been the litmus test. Thoughtful political observers suggest religious support for Donald Trump, whose own life is about as anti-religious as one can get, was built on his pledge to reverse Roe v. Wade.

Trump is out of office. But by this time next year he may well have succeeded in making abortion illegal again as his loaded Supreme Court moves inexorably toward reversal of Roe.

Back to the alleys. Back to the Mexican clinics. Or, if states are allowed to choose their own abortion rights and limitations, an era of abortion tourism in blue states, including Washington and Oregon. But the conservative, religious right will not be satisfied with that and will continue to push for an outright ban.

The model anti-abortion strategy is playing out in Texas where the Supreme Court two weeks ago let stand what is essentially an outright abortion ban, including a ban on abortions in cases of rape or incest. Worse, if that is possible, the law opens the door to private action against pregnant women who seek abortions (and anyone who helps them) incentivizing with rewards a turn-on-your neighbor strategy.

A somewhat similar law is already on the books in Idaho, to go into effect once the high court decides other pending abortion cases.

There is nothing to be gained now in arguing the underlying issue in any abortion debate – when does life begin and is abortion the murder of unborn children? Opinions might as well be set in granite.

The anti-abortion forces believe, essentially, that life begins the moment an egg is fertilized. Science has a somewhat more nuanced view of that, but science will not resolve this debate.

I have my own personal view, of course. I worked for five years in Wichita, Kansas, home to the only doctor in the Midwest performing third-trimester abortions. Except in cases of rape or incest, I was uncomfortable with that. But, in general, I am not troubled by abortions through the second trimester at which point the fetus is not viable outside the womb.

Some may recall that the Wichita physician performing those abortions, George Tiller, was murdered by an anti-abortion activist while Tiller was worshipping in his own church. Right to life did not extend to the doctor.

At this point it seems likely the Supreme Court will ultimately reverse Roe. The post-Roe landscape will not resemble entirely the bad old days. There are medical interventions available now that did not exist when my friends were forced to the back alley. The so-called morning after pill is not subject to bans – yet. And there are many more birth control options available to women, including non-hormonal alternatives that make birth control available to women who could not take the pill.

But responsibility for birth control remains almost entirely with women just as the Texas anti-abortion law targets women, not the men who impregnate them. And what does that say?

A good friend of mine argues that the term right-to-life needs to be redefined. Abortion rights give women control over their decisions, over their bodies, the right to control their lives. Anti-abortion forces would take away those rights. Pro-choice is pro-life, he argues.

If the Texas law and other anti-abortion efforts do not constitute a war on women, I do not know what does.

There is some political risk here for the single-minded anti-abortion forces. Young people, especially women, tend to be more supportive of abortion rights – LGBTQ and racial/ethnic rights, too. Come after them too hard and there might be a backlash the forces opposed to women’s rights will come to regret.

We can only hope.

View All Posts
Previous Can we get over our love of hate?
Next Yom Kippur Scripture for All