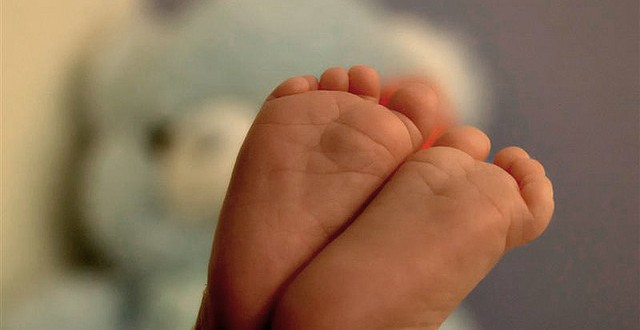 I remember the first time someone asked me if I was a baby­killer. It was 1999, and I was on the school bus on my way to seventh grade at my Christian school. The run­up to the 2000 election season was in full swing, and being the educated civic scholars we were, we in Mr. Piper’s class mostly repeated what we’d heard from our parents about the hot­button electoral issues of the day. One of them, especially among the evangelical crowd, was how the candidates felt about the pro-­life vs. pro­-choice debate.

After as much thought about the matter as an 11­-year-old can have, I decided I was pro-­choice. At that time, I was as guilty as anyone else on the bus as following the whims of my parents; mine largely voted Democrat, an anomaly at my wealthy, mostly white Evangelical school. I knew most Democrats were pro-­choice and in favor of women’s health care agendas; I decided I was too. It was as simple as that.

Of course, it wasn’t. With a few exceptions, my classmates generally greeted my political leanings and pronouncement with the same enthusiasm as a diagnosis of Ebola. For them, there was no comprehension of why someone would choose to be pro-­choice. Anything other than an anti-­abortion agenda was akin to leaving a baby in a toilet, and worse. The nuances of the debate weren’t known to us, and if they were, they weren’t discussed.

As horrified as my classmate’s question made me feel (While I’ve never been great with kids, I didn’t and don’t consider myself a killer of any kind ­ I don’t even like to kill spiders), it did have an effect he probably didn’t consider, and years later, I’m actually glad he asked. He forced me to make a choice many people aren’t confronted with until high school or college. Some people never are. Because he asked me that difficult question, I had to challenge my own beliefs. I was no longer allowed the luxury of parroting my parents.

I lay awake nights trying to reconcile my firm belief that women should have choice and autonomy over their own bodies with the fact that I wasn’t comfortable with the idea of abortion, in most cases, and never have been. I’m glad it’s legal for many reasons, but personally, I don’t think I could do it. I don’t condemn those who do. Each person has their own choice to make, and I can’t and won’t pretend I know what it’s like to be each woman making that choice. It especially galls me that some of the loudest voices in this debate are men, who will never be in the untenable positions women find themselves in regarding birth and abortion.

Finally, after years of wrestling with the question, I’ve come to my position; a not­often discussed one articulated recently by Miami Herald columnist Leonard Pitts Jr.

“We are taught that there are those two ways only. Indeed, where abortion is concerned, that’s the fundament of every policy debate and political speech, Pitts said in a recent article for the Herald.”
“But it seems ever clearer to me that it’s a false dichotomy, a narrative of hard, diametrical opposition that, while it makes for great headlines, fails to acknowledge the mushy middle ground where many, if not most of us, reside.”

Pitts argues many people who are pro-­choice believe legal abortion prevents things like back­alley procedures and gives women much­needed autonomy in a decision that undoubtedly affects their entire lives, no matter what they choose. These same people can and do have children and grandchildren, nieces and nephews, and love babies. They are supporters of life, because they are alive. We recognize abortion is a reality in our world today for some folks; that doesn’t mean we like it or we relish anyone’s death. They are pro­-choice, but anti­-abortion.

In some ways, it would be much easier to figure everyone out if black ­and ­white positions were the reality. In that world, I’d know exactly who to like and dislike without getting to know them, just by hearing about what religion or political party they ascribe to, or even what part of the country or world they’re from. Entrenched positions and stereotypes do the work for us. They let us parrot ideas and sail through life unchallenged. The reality is, life is messy. It’s full of broken boxes and pictures colored outside the lines. Rarely are there two ways only.

Previous Northwest Bach Festival coming to Trinity Chapel
Next Sanders: Pope Francis is a socialist like me

Thank you Elizabeth for this thoughtful reflection. I am part of the second generation of women in my family to be pro-choice and anti-abortion. I did not know that it was my mother’s position until I was in my 30’s. It has been my position since high school – before the Roe v. Wade decision. It is a position that has often brought criticism from both ends of the spectrum.
I never had to face the decision what to do about a fetus that was known to have a birth defect. But I did have to sign a document making it clear that I had made an informed decision when I rejected amniocentesis during my ‘at risk’ pregnancy at age 36. The doctor kept saying I needed the information that could be gained in order to make informed choices. I asked whether any information learned could possibly be used to begin treating a condition in utero. The answer was no. But it could provide information that might cause me to terminate the pregnancy. I had to make it clear that termination would not be an option – no matter what any tests might disclose. They finally gave up pressuring me to have the tests.
Pro-choice, anti-abortion is a nuanced position, and one that is not very well received by either end of the spectrum. Thanks for your courage in taking this stand.

Such a nuanced topic is right. I’m a 42-year-old, married, father of two, pro-choice Republican that is essentially anti-abortion.

I understand the difficulty many women can find themselves in and don’t ever presume to know what is “right” for anyone else. That being said, I am against anyone that uses abortion as a form of birth control or to justify acting irresponsibly.

Unfortunately, and too often, rhetoric and political pandering causes people to entrench themselves into a “side” and forget we’re all human.

Thanks for your comment PJB. I especially appreciate your understanding of self-determination and not presuming to know what is right for anyone else.
A response to your comment of using abortion as a form of birth control or to justify acting irresponsibly: Sometimes people do take risks or act irresponsibly… say, don’t use birth control. I believe that if a woman then becomes pregnant there’s no good served in forcing her to continue a pregnancy with a child she doesn’t want and can’t care for. Forced pregnancy as the price one pays for “bad behavior” seems exceptionally cruel. What do you think?

I agree, a “forced pregnancy” like you describe above is a bad idea.

My original comment was more directed toward people that knowingly and on more than an accidental occasion (I can’t image there are many, but on the other hand am positive it happens) use, or figure they will get, an abortion if they become pregnant instead of either abstaining or using birth control.

Thank you Deb! I appreciate it. I can’t take credit really, Pitts’ column helped me really get my mind around where I was at.

Who should decide about abortion? The woman or legislators? This is the essence of the question. No one is ever compelled to have an abortion. “Pro-choice” is a neutral position.

The larger question of reproductive justice considers physical, mental, spiritual, political, economic, and social well-being of women and girls, and will be achieved when women and girls have the economic, social, and political power and resources to make healthy decisions about our bodies, sexuality, and reproduction for ourselves, our families, and our communities in all areas of our lives.

I agree, it’s a larger question. That’s why I’m pro-choice. I think it’s too big of a decision to not make on a case by case basis. But overall I would prefer a climate where we have more power and choices about reproductive health and our bodies. It would be best IMO if we never had to be in that position in the first place – if we all had access to comprehensive sex education and birth control tools of all types. Of course there would still be rape and medical issues, but I guess I’m separating those cases in my mind.