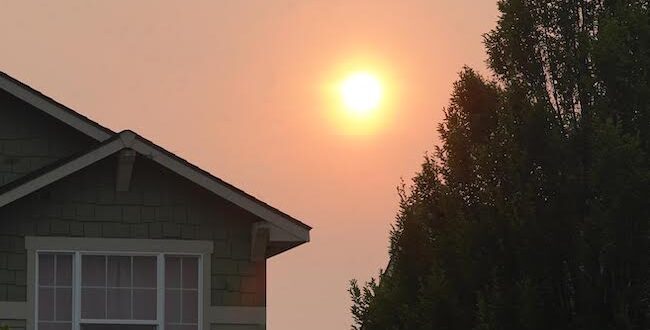 Christians view the Lenten season as a time to slow down and reflect, mainly on the life, ministry, death and resurrection of Jesus Christ. It’s about challenging the individual to examine how their spiritual beliefs are reflected in their daily lives.

But what if part of that challenge involved drinking only water for a day? Or writing down everything you throw away, and working to reduce the trash you produce?

The Presbyterian Church U.S.A. would like people to do both through the Lenten season — reflect and focus on how their spiritual beliefs manifest in their interaction with the environment. To help that, the Presbyterian Mission’s Hunger Program produces the annual “Tread Lightly for Lent” calendar which mixes spiritual discussion and reflection with daily activities focusing on environmental understanding and stewardship.

“We hope this is a tool to help people start some spiritual economics and live out their Christian faith,” said Jessica Maudlin, PC(U.S.A.) Associate for Sustainable Living and Earth Care Concerns, Presbyterian Hunger Program. “The calendar helps give people ideas of things they can do, and it helps make connections with faith.”

The environmental focus started in 1990 when the 202nd General Assembly of the Presbyterian Church (U.S.A.) adopted “Restoring Creation for Ecology and Justice” which called congregations to engage in activities “restoring creation.” The initiative recognized “that restoring creation is not a short-term concern to be handled in a few years, but a continuing task to which the nation and the world must give attention and commitment.”

It also recognized that it would touch on all aspects of life ranging from theological work and evangelism to education and justice, global mission and congregational service. Over time, many of the ministries that originally sprang up have changed and moved into other areas as their interconnections became more evident.

The Tread Lightly calendar was first produced by the Environmental Ministries Program in 2011. That program eventually moved into the Hunger Program, joining other programs such as Eco-Palms and Fair Trade Coffee along with Sustainable Living and Earth Care Concerns.

The calendar mixes the practical with the spiritual. Maudlin said it’s not sequentially designed, meaning people are free to go back and pick up activities or readings they may have missed.

The spiritual portion provides links to websites where prayers and readings can be found, along with Bible passages for reflection and discussion. In the 2022 calendar, these include passages such as Genesis 2:15-17, Isaiah 65:17-25 and Matthew 25, along with YouTube videos like the one on April 3 celebrating the animal kingdom by singing along to “A Place in the Choir.”

The practical portion follows one of the sayings of St. Francis of Assisi: “Start by doing what is necessary; then do what’s possible; and suddenly you’re doing the impossible.” The activities are simple and things people can begin doing immediately.

“It’s very practical,” PC(U.S.A.) Mission Agency Communications Associate Darla Carter said. “It can be overwhelming (knowing where to start). These are all very practical things that people can focus in on and do.”

Besides drinking only water for a day or reducing trash, activities include taking a walk to appreciate nature’s beauty, walking to a destination that you would have normally driven to and checking tire pressure to reduce fuel consumption. There are also links to websites to determine your carbon footprint, learn more about climate change and how we impact that, become more ethical in the products we consume and finding and praying for an Earth Care Congregation.

The latter is another Mission Agency initiative that sprang out of the 1990 Restoring Creation calling. Congregations choosing to participate in the program “commit to the ‘Earth Care Pledge’ and complete actions in four categories derived from the pledge: worship, education, facilities and outreach.”

First Presbyterian Church in Sandpoint, Idaho, is the only Inland Northwest church to become an Earth Care Congregation, joining in 2015. Pastor Andy Kennaly said the decision sprang from his interests in environmental stewardship and others in the church with a similar “vibe.” At the time, the congregation was already engaged in replacing existing light bulbs with more energy efficient lamps and composting of food leftovers from fellowship time.

“If we’re already doing it, we might as well be official,” Kennaly said of their decision.

First Presbyterian in Sandpoint is working on a project to transform the church’s lawn into a “Peace Garden” that serves as a place to draw people in the community together for events as well as a “quiet, natural setting (that) provides a space to experience peaceful renewal in the heart of downtown Sandpoint.” The ecologically-friendly garden so far features a “Peace Pole” with “May Peace Prevail on Earth” in 12 languages, a gazebo donated by the Sandpoint Rotary Club, picnic tables, native plants and fruit trees along with raised garden beds — with food grown going to the local food bank.

Kennaly said they are working on finishing the garden through creation of a prayer labyrinth as well as improving the water drainage on the site. Congregants engaged in the project have a trip to Ireland and Scotland this October to get ideas on how best to design the labyrinth without incurring any financial debt.

“We’re trying to pay as we go,” Kennaly said.

While the Tread Lightly calendar carries a Lenten focus, Maudlin said churches have used the activities, readings and links throughout the year, often featuring them in weekly newsletters. Churches or individuals can use the calendar, as well as people and organizations that aren’t faith-based. Maudlin said she knew of one faith-based organization who partnered with a non-faith based group, removed the religious aspects of the calendar and using the activities in a month-long challenge over the summer.

“We do try to make it usable in more than one way, and we want it to be used throughout the year,” she added.

Previous An Orthodox Reflection on Great Lent and Fasting
Next Ask A Baha’i: Obligatory Prayer