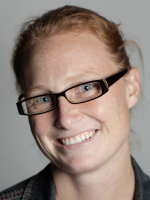 I’m all about deadlines, which is probably why I didn’t decide until this morning what I was going to do for Lent. Last year I gave up Dr. Pepper. Resisting from carbonated water and artificial flavoring, though, didn’t exactly create more space for God in my life. Reaching for iced tea instead of soda quickly replaced my Dr. Pepper habit and I didn’t make it very far into the 40 days before I stopped thinking about pop, Lent and Jesus. Instead of fasting from something during Lent, many people have decided to do something for 40 days — like be kind, participate in a daily good deed, etc. I like this idea, but shouldn’t we be doing these things anyway? 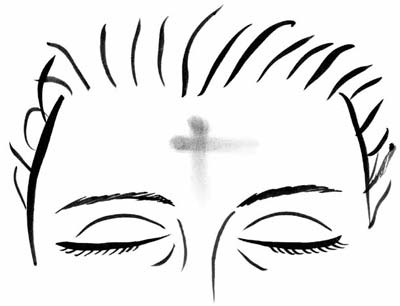 Lent is still fairly new to me. I didn’t go to a liturgical church growing up. In fact, I didn’t even know what liturgy was until I began studying theology as an undergraduate. Obviously I became a religion reporter and began reporting on Ash Wednesday and the Lenten season. I was probably in my mid-20s when I realized how much I relished this theology I had been writing about: ashes — the bodily reminder that our time on this earth is impermanent; and the 40-day fast — a way to replicate Jesus’ resisting temptation. The symbolism in this Christian tradition is something people of all faiths can appreciate. I’ve thought about this a lot the past few days. I don’t want to do something simply because it’s tradition. Whatever I decided to do for Lent needed to enhance my spiritual life. For me, giving up something isn’t the way to go. Maybe I’m not disciplined enough for that. Seeing a Dr. Pepper isn’t going to make me think about my faith. I’m not going to miss the beverage so much that I replace that emptiness with devotion. Some people can do that and I admire them. [polldaddy poll=”5969647″] So I began to think more about this 40 days of kindness thing (which seemed really popular last year). Yes, of course, we should be nice to all people all the time. But we aren’t are we? Buddhists meditate and constantly work on disciplining their mind. They call this ‘practice,’ which is so appropriate. Every day I attempt to become a better journalist, I exercise my mind and body and I try to be a good person. It’s all practice. I’m never going to be a perfect human being, but I can, and should, keep trying to be. Some scientists say it takes more than 40 days to create a habit. According to UK Health Behaviore Research Centre, it takes 66 days to develop a habit. The organization reports, “If we can do something for 66 days straight, we can do it for a year, five, or 30. Twenty one or 28 days seems to be just enough time to make it questionable, or make you confident but not be able to stick to it.” So this Lenten season I’m going to try to resuscitate and an old habit. I’m going to use this time to transform my prayer life. I’m going to talk to God for 40 days, which will hopefully turn into 66 days, and then a year, etc. In the end, if I can be as disciplined as Jesus was in the desert, then prayer will become a vital part of my daily life. And, lucky for me, I have plenty of cues ahead of me if I begin to stumble. Ramadan begins in July. This is when Muslims fast for 30 days. The Jewish holiday of Yom Kippur is in September, which is when Jews fast for 25 hours. It doesn’t matter if I’m Christian, Muslim or Jewish — all sacred calendars can be reminders of the decision I made today, to pray daily. You can find out how SpokaneFAVS panelists view Lent here.

A refreshing perspective! I, too, have only learned of liturgy and liturgical rituals in the past several years, and I crave them as markers in my life and faith journey … something that gives shape to life outside the usual calendar. May the days ahead be full of rich ponderings in your soul!

Thank you Marj! I wish the same for you!

I would like to give up computer gazing time on evenings and weekends, time I could be spending with my family.

Amen Amy! The Facebook thing drives me crazy at lent! I just don’t usdrentand. Our church is very big about the giving up something. I on the other hand have always used it as a reminder to spend more time with God in some way. Mine this year is to talk to him more, which I have honestly slacked on the past few months. Lent just reminded me that I need to intentionally take time to spend with him. I think I might start asking the people who have put these status updates up “what are you replacing Facebook with?” Lol. Love this post!