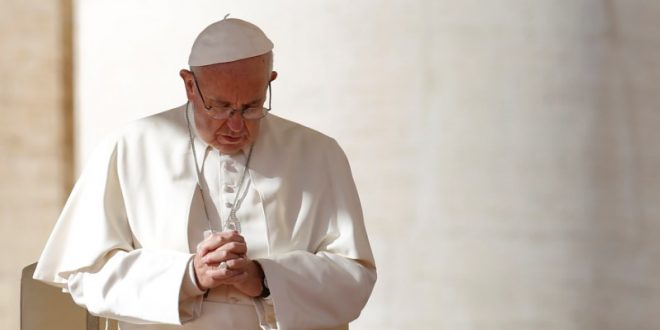 VATICAN CITY (Reuters) – Four conservative Roman Catholic cardinals on Monday made a rare public challenge to Pope Francis over some of his teachings in a major document on the family, accusing him of sowing confusion on important moral issues.

The cardinals – two Germans, an Italian, and an American – said they had gone public with their letter to the pope because he had not responded.

The pope has clashed before with conservatives who worry he is weakening Roman Catholic rules on moral issues such as homosexuality and divorce while focusing on social problems such as climate change and economic inequality.

At issue are some of the teachings in a 260-page treatise called “Amoris Laetitia” (The Joy of Love), a cornerstone document of Francis’ attempt to make the 1.2 billion-member Church more inclusive and less condemning.

In the document, issued in April, he called for a Church that was less strict and more compassionate towards any “imperfect” members, such as those who divorced and remarried, saying “no one can be condemned forever”.

Most critics have focused on what the pope’s letter said about the full re-integration into the Church of members who divorce and remarry in civil ceremonies.

Under Church law they cannot receive communion unless they abstain from sex with their new partner, because their first marriage is still valid in the eyes of the Church and therefore they are seen to be living in an adulterous state of sin.

In the document the pope appeared to side with progressives

who had proposed an “internal forum” in which a priest or bishop decide jointly with the individual on a case-by-case basis if he or she can be fully re-integrated and receive communion.

Conservatives have contested this and, in their cover letter, the four cardinals asked the pope to “resolve those doubts which are the cause of disorientation and confusion”.

In the letter, sent to several news organizations, they said even bishops were offering “contrasting interpretations” of the rules regarding divorced and remarried Catholics.

The cardinals are Raymond Leo Burke, an American who was demoted from a senior Vatican position in 2014 and who has often criticized the pope, Germans Walter Brandmuller and Joachim Meisner, and Italian Carlo Caffarra.

In their letter, they officially asked the pope to take a stand on five “doubts” they have about some of the pronouncements in his document and declare whether those supersede rulings by previous popes.

Previous Election Morality: Storm before the calm
Next Hope vs. Fear at Standing Rock