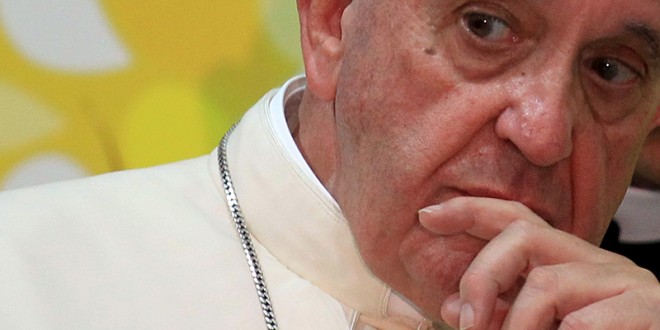 Pope Francis asks priests to forgive the sin of abortion

VATICAN CITY (RNS) Pope Francis on Tuesday (Sept. 1) told priests to forgive repentant women who have had an abortion.

In a letter to the president of the Pontifical Council for Promoting New Evangelization, the pontiff urges priests to express “words of genuine welcome” to repentant women who have undergone abortions, “combined with a reflection that explains the gravity of the sin committed.” He tied his decision to the yearlong jubilee celebration of Catholic faith, which begins in December.

“I have decided, notwithstanding anything to the contrary, to concede to all priests for the Jubilee Year the discretion to absolve of the sin of abortion those who have procured it and who, with contrite heart, seek forgiveness for it,” the pope said in a letter  addressed to Archbishop Rino Fisichella, president of the Pontifical Council.

The Catholic Church deems abortion a “moral evil” and “gravely contrary to the moral law.” A person who cooperates in an abortion should be excommunicated under canon law, although that person can be welcomed back into the church if the person is truly repentant and asks for forgiveness.

While the papal letter does not change church doctrine, it brings to the fore an issue Francis has talked little about during his papacy. In writing to Fisichella, the pope addressed “the tragedy of abortion” and said some people do not realize the “extreme harm” caused by terminating a pregnancy.

Francis also turned at length to women who believe they have no other option but to go through with an abortion.

“I am well aware of the pressure that has led them to this decision. I know that it is an existential and moral ordeal,” the pope wrote. “I have met so many women who bear in their heart the scar of this agonizing and painful decision.”

A person who has confessed “with a sincere heart” and is repentant cannot be denied forgiveness, the pope said.

The Rev. Thomas Rosica, assistant to the Vatican press office, said the pope’s statement showed a pastoral approach to abortion.

“Many bishops have granted priests permission to forgive the sin,” he said. “The fact that this statement is coming from the pope and in such a moving, pastoral way is more evidence of the great pastoral approach and concern of Pope Francis.”

The letter is the latest effort from the pope to change the culture of the church to make it more merciful. In August, Francis issued a powerful call for the church to embrace Catholics who have divorced and remarried, telling a gathering at the Vatican that such couples “are not excommunicated, and they absolutely must not be treated that way!”

Previous From chaos to joy: An unexpected baptism in West Central
Next Ask an Atheist: What if you’re wrong? 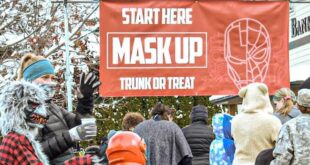