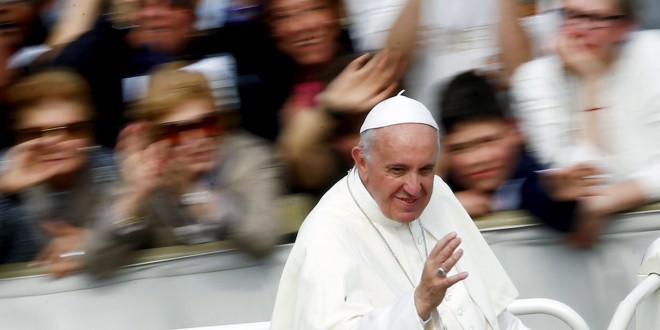 Pope Francis waves as he leaves at the end of a Jubilee mass in Saint Peter's Square at the Vatican, April 3, 2016. REUTERS/Tony Gentile

Pope announces special collection to be taken up for Ukraine

VATICAN CITY (Reuters) – Pope Francis on Sunday announced that a special collection would be taken up in all of Europe’s Roman Catholic churches on April 24 to raise funds to help the people of Ukraine.

Speaking to tens of thousands of people at the end of a Mass in St. Peter’s Square, he said he wanted the collection to be a “gesture of charity that, apart from alleviating material suffering, shows my personal closeness as well as that of the entire Church” to the people of Ukraine.

Implementation of a deal agreed in Minsk last year, which would allow for the lifting of sanctions on Russia, and a lull in violence late last year had raised hopes that the conflict that has killed more than 9,000 people could be resolved soon.

The vast majority of Christians living in Ukraine are Orthodox but there are about a million Roman Catholics and about four million Eastern Rite Catholics who are in unity with Rome.

The pope did not say how the aid would be distributed. There are about 120,000 Roman Catholic parishes in Europe, with the largest number – about 27,000 – in Italy.

Previous April Coffee Talk: Faith and Film
Next Ask a Religious Scientist: How is your church structured? 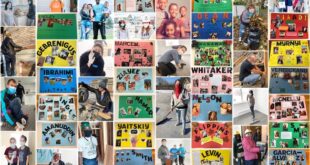 Banner Bank, Habitat for Humanity-Spokane’s presenting sponsor of the “Hope Builders Virtual Benefit Lunch-In,” pledges to give up to $17,000 through April 29 as part of raising funds to build affordable homes for families enrolled in Habitat’s program.