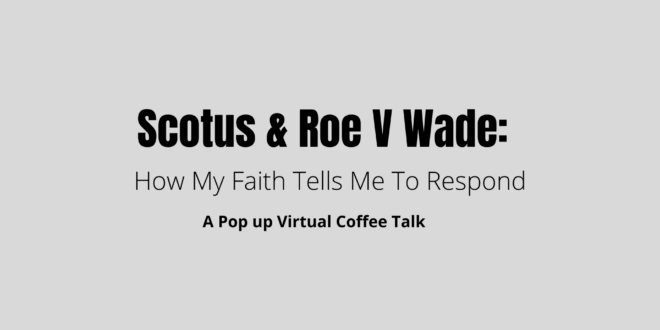 VIDEO! Pop up Coffee Talk: Roe v Wade & Scotus – How my Faith Tells me to Respond

VIDEO! Pop up Coffee Talk: Roe v Wade & Scotus – How my Faith Tells me to Respond

When The Supreme Court overturned Roe V Wade in May, a flood of columns were submitted by FāVS columnists. Reactions were strong.

How should we, as a community, respond to the Supreme Court’s actions?

At this pop up Coffee Talk an interfaith panel discussed how their faith is guiding them on this issue.

www.tracy-simmons.com
Previous Two Years with FāVS
Next You Can Still Shine, Even When You’re Broken