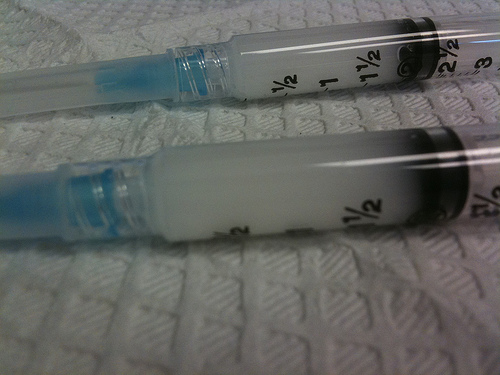 POLL: Would you want to know if you were likely to die of a terrible disease?

This week CBS Sunday Morning reported that thousands of genetic tests are available — from minor things like baldness, to serious diseases like Alzheimer's.

They asked their viewers if they would want to know if they were likely to die of a terrible disease. Most said yes.

But not all researchers think knowing is a good idea.

“If I tell you, particularly incorrectly, that you have an increased risk of getting a terrible disease, that could weigh on your mind, that could make you anxious,” said Dr. Robert C. Green of Boston's Brigham and Women's Hospital. “That could be the filter through which you see the rest of your life as you wait for that disease to hit you. It could really mess you up.”

Researchers found, however, that most who wanted to know, were able to handle the truth.

What about you, would you want to know?

Previous It’s possible for people to adhere to tenets from many religious traditions
Next BRIEF: Marriage application process to include same gender forms on Thursday