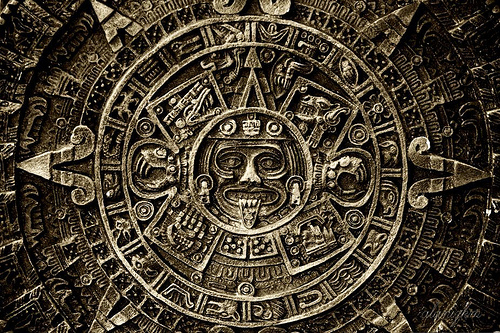 It's believed that the Mayan calendar will expire on Dec. 21 of this year. And gobs of people consider the date to be an apocalyptic event, according to the Boston Globe.

In fact, so many people think doomsday is coming that the U.S. Government announced in a blog, “The world will not end on December 21, 2012, or any day in 2012.” The Russian government has made similar announcements.

According to the blog, NASA has received thousands of letters from frightened Americans, mostly children, worrying about the Earth colliding with a hidden planet on Dec. 21.

But it's not just kids who are scared. According to Yahoo News, “A Belgian amateur astronomer named Patrick Geryl has set up an online community for people who follow him and believe the world will end… He tells followers to stockpile 15 to 20 pairs of shoes and to be in good physical shape.”

Where do you fall in all this? Do you think the world will end on Dec. 21?

I will gladly recieve all per-apocalypse donations for charity. Divest yourself here if you believe it’s going to end.