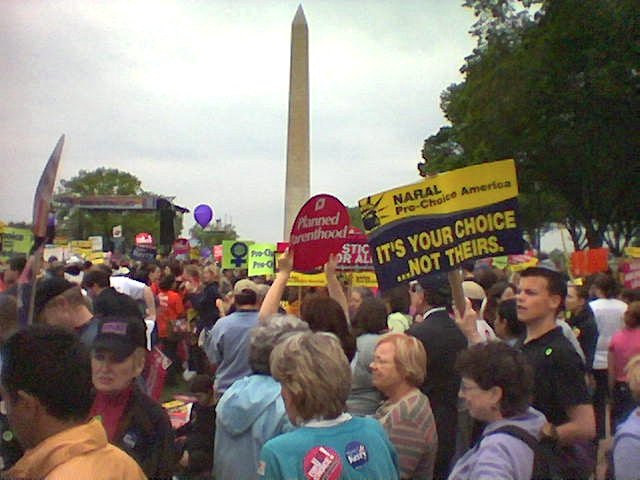 Abortion-rights activists before the Washington Monument in Washington, D.C., at the March for Women's Lives in 2004. Wikipedia

POLL: Where do you stand on abortion?

This week marks the 41st anniversary of the Roe v. Wade Supreme Court decision, which made abortions legal.

Spokane Faith & Values reported on those who celebrate this anniversary, and those who oppose it.

Where do you stand on the divisive topic of abortion?