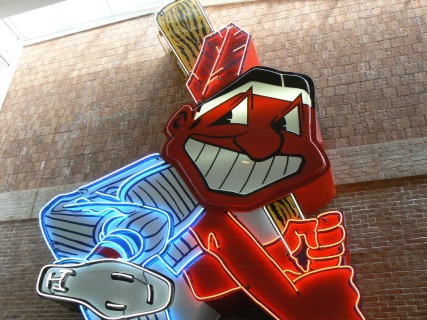 POLL: Is it OK for sports teams to use Native American names?

The Cleveland Indians, Atlanta Braves, Washington Redskins, Chicago Blackhawks … many professional sports teams are named after Native Americans in some form or another.

Most of these franchises have faced protests and requests from the public to stop using the Native American names and mascots, saying they are offensive and inappropriate.

One team now facing strong pressure to change its name is the Washington Redskins. The owner, Dan Snyder, wrote a letter this week saying, among other things, that he considers the team name to be “a badge of honor,” that the team has been in existence for 81 years, and that the original Boston Redskins had four players and a coach who were Native American.

Ray Halbritter, a leader of the Onedia Indian Nation, strongly disagrees. “Washington’s team name is a painful epitaph that was used against my people, Indian people, when we were held at gunpoint and thrown off our lands,” Halbritter said.

President Barack Obama voiced his opinion on the Redskins, saying that if he owned the team and the name offended many people, “I’d think about changing it.”

What do you say? Do you think names and mascots with Native American names and images are acceptable or not for sports teams?

Previous VIEWPOINTS RESPONSE: Congress should remember the past
Next Muslims say they deserve school time off for holidays, too