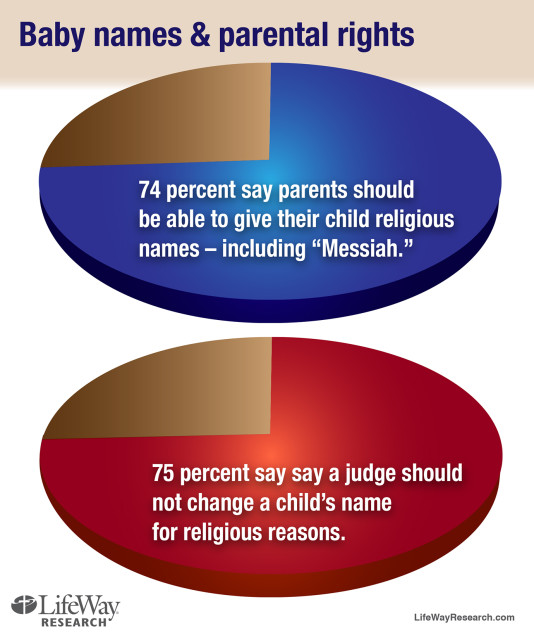 POLL: Is it OK for a parent to name their baby ‘Messiah’? 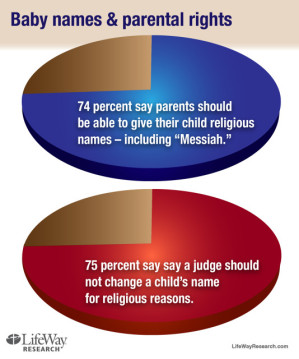 Last summer, an infant made headlines in Tennessee when a judge ordered his mother to change the baby’s name from “Messiah” to “Martin.”

A new poll, however, conducted by Nashville-based LifeWay Research, found that contrary to Judge Lu Ann Ballew’s opinion (which was later overturned), the vast majority of Americans have no objections to a parent naming their child Messiah or any other religious name.

Seventy-four percent of people polled said parents should be able to give their children religious names, and 75 percent said a judge should not be allowed to change a child’s name for religious reasons.

What do you think about parents naming their baby Messiah, Buddha, or the name of another religious figure?

Are you on the judge’s side, or do you think the parents should have the freedom to choose any name for their children?

Vote in our poll — and feel free to add your comments.

Previous Ask A Buddhist: Do you meditate, how?
Next Organizations that speak to my needs, desires