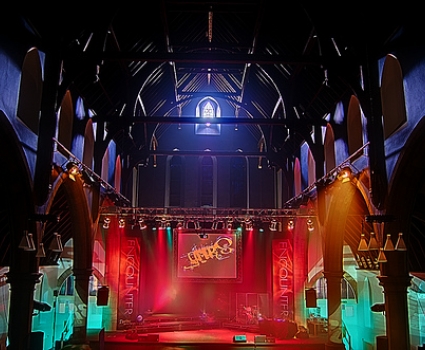 POLL: Does technology enhance or distract during worship?

Michael Puppos, a staff member at Blessed John XXIII Catholic Church in Ohio, said the parish strives to incorporate technology in ways that  are relevant and that enhance the worship experience, without becoming distractions. How much technology is appropriate for use in houses of worship?

Tens of millions of people are reading the Bible and other holy books on iPads and smart phones. Do you think it's OK for them to use these devices in the pews?

Does the use of cameras and video screens help you to better see the speaker? Do you prefer to read the words to hymns and songs on paper rather than on a video screen? Do colorful lights and loud music serve a positive purpose, or do they hinder your worship experience?

We'd like to get your opinion on the interaction of tradition and technology at your house of worship.

Previous Did Pope Francis change church teaching on homosexuality?
Next What Fox News. Vs. Reza Aslan is really about (hint: not just Fox News’ idiocy)