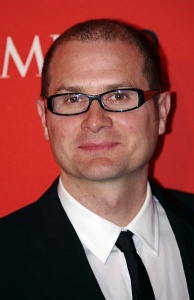 POLL: Do you agree with Rob Bell?

Evangelical pastor Rob Bell made headlines again this weekend when he said, “I am for marriage. I am for fidelity. I am for love, whether it's a man and woman, a woman and a woman, a man and a man.”

He made the comments advocated LGBT couples this weekend during a speech at Grace Cathedral in San Francisco.

Bell was challenged in 2011 when his book, “Love Wins” disputed the idea that hell is a place where bad people go when they die.

What do you think of Bell's ideas?

Previous A Spokane Catholic’s hopes for Pope Francis
Next BRIEF: Magic Lantern documentary focuses on hunger in the U.S.

Bell is the voice of the church that will remain strong after same sex marriage is no longer an issue. If you’re looking for a sign of what’s to come; look no further. Evangelical churches will eventually change/adapt to meet the needs of a changing culture and to stay in business. Bell is simply at the forefront.

Rob Bell is a true believer: but he is also a father, a husband, and a poet.

His gift is taking these complex theological thoughts and boiling them down into contemporary language. He is also relevant, questioning, and charismatic.

The church where I worked had several showings of films from his “nooma” series – I was continually impressed at his compassion, his theology, the freshness of his ideas and presentation, and how he handled complex theological questions (while not giving easy answers).

Love Wins is amazing! I can’t wait to read the new book – it came in the mail this week!

Does he own Taco Bell?

I guess it’s me and one other poor soul that disagree with Mr. Bell. So be it. I read the four page excerpt from the link out of his new book. To me it’s just more of the same denial of Who the Bible reveals the true and living God to be. It sets Him up to be an ignorant, cranky old man, stuck in the past, not able to “keep up” with us incredibly intelligent, forward looking sons of lucifer. He panders the name of Jesus while totally misrepresenting His words. The gospel of Jesus Christ has never been about pleasing everyone but about saving forever those who will humbly come to God through Him. The Way is narrow and no apology is made that few will be that find it. Of course that fits into his idea of a worldview that must be left behind as superstition of the past. Again, so be it.

I don’t think hell is a place, anymore than I think Rob Bell has all the answers. But Bell does make you think, and that’s the point. I think life is hell without God’s love, and I think Bell is trying to show his generation that.
If there is a hell, who’s going there? Are we looking at a list, like the one in1 Cor. 6? It’s a pretty interesting list. Is that it? All those bad people go to hell and all the good people go to heaven? I don’t think that’s what Jesus said. In John 6:40, Jesus tells us how it will be at the end, and not in just this one verse but in many.
I think that being concerned with our devotion to God is imperative. I think Rob Bell is calling a new generation to seek God. And I don’t think Rob Bell owns Taco Bell. 🙂