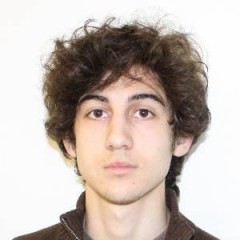 POLL: Is death the right punishment for the Boston bombing suspect?

The Justice Department is seeking the death penalty for Dzhokhar Tsarnaev, the Chechnya-born American accused of killing 3 and wounding more than 250 people with homemade bombs at the 2013 Boston Marathon.

Several victims and their relatives have voiced support for the government’s decision to seek the death penalty against Tsarnaev, who was 19 at the time. His older brother, Tamerlan, 26, was killed in a shootout with police.

Marc Fucarile, who lost a leg in the bombing, said on CNN: ”I prefer the death penalty, because I prefer that people know that if you terrorize our country, you’re going to be put to death. And I strongly believe that’s how it should be.”

Tsarnaev’s mother, before the death penalty decision, told the media that she is “sickened about our child” but “I want to whole world to hear that I love my son, my precious Dzhokhar.”

Do you think the U.S. government made the right decision to seek the death penalty for Dznokhar Tsarnaev?

Previous Bible Backstories: How Miriam and Yossef got to Bethlehem, part 2
Next Bike owned by Pope Francis sells for 25 times its value