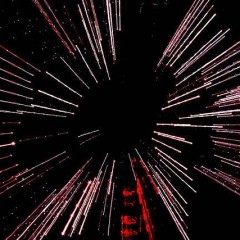 POLL: Do you believe in the Big Bang theory?

A new poll found that 51 percent of Americans have doubts about the Big Bang theory on the origin of the universe.

Several scientists voiced dismay at the results of the Associated Press poll, saying the Big Bang, an effort to explain what happened at the very beginning of the universe, is a settled scientific fact.

“Science ignorance is pervasive in our society, and these attitudes are reinforced when some of our leaders are openly antagonistic to established facts,” said Randy Schekman, winner of the 2013 Nobel Prize in medicine.

“When you are putting up facts against faith, facts can’t argue against faith,” said Robert Lefkowitz of Duke University, a 2012 Nobel Prize winning biochemistry professor. Alan Leshner, head of the American Association for the Advancement of Science, said “values and beliefs trump science” for many people.

At a ToledoFAVS Coffee Talk on Saturday, Kuldeep Singh said that Sikhs believe humans cannot determine the origin of the universe. “Only God knows. People can only guess,” he said.

What do you think about the Big Bang theory? Is it a settled scientific fact or is it a theory full of holes?