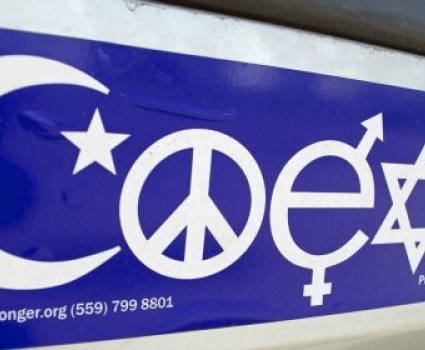 POLL: Are your religious beliefs visible on your car?

“Coexist” and “What Would Jesus Do?” bumper stickers, metal stick-ons of the Jesus fish, a Darwin fish or the Flying Spaghetti Monster, faith-based window clings, a rosary dangling from your rearview mirror … these are just a few of the symbols we slap onto our vehicles.

Why do we do this? The reasons vary. But as an article by Ken Chitwood in the Houston Chronicle notes, it's less about our theology and more about our identity: a “brand” loyalty and sense of community surrounding it, a sense of our own identity, a way of defining our dominion:

“The desire to smack that “In case of rapture, car is yours” sticker on your tailgate is less about a belief in pre-millennialism and, oddly enough, more about a collective human need to be known.”

Are your religious beliefs visible on your car? Take our poll.

Then, we invite you to share your thoughts in the comments section — why do you, or why don't you, display your beliefs on your vehicle?