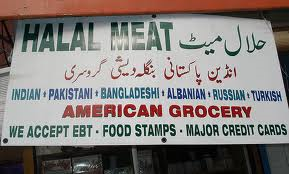 Jewish and Muslim groups in Denmark are up in arms over the country’s recent ban on Kosher and  Halal slaughter, saying it will interfere with their religious practices.

But officials in Denmark officials say the ban, which requires animals be stunned before they are slaughtered, is only humane and “that animal rights come before religion.”.

Where do you stand? Should animal rights come before religion?.