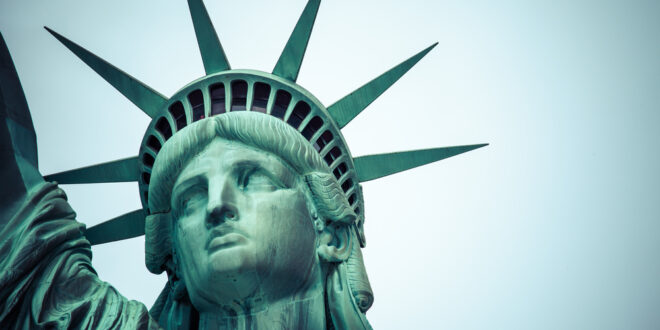 Constructive action is the key to changing our nation.

Part one of this series can be read here.

“They always say time changes things, but you actually have to change them yourself.”

In his book “Our Own Worst Enemy,” Tom Nichols says that modern democracies are not in the greatest danger from an outside strongman or an invading nation. Rather, the greatest danger to a free society these days is the apathy and disengagement of its own members. This naturally leaves whoever does participate to set the agenda — no matter how extreme that agenda might be.

When the rest of us are vigilantly scanning the horizon for the “man on horseback” or for the shock troops of a mass movement, it is easy to underestimate the impact of millions of people exchanging paranoid memes on Facebook who are already immune both to reason and to the basic requirements of anything like informed participation in democratic politics.”

Nichols studies Eastern Europe and international affairs, and like many others, has sounded the alarm in the past year about the state of democracy in the U.S.

The people saying ‘we can’t do anything’ have a fair argument — the little person is at a distinct disadvantage in today’s political environment. And a small but loud authoritarian set of people would like nothing more than for the U.S. to be ruled by a minority. However, this has always been the case. In any historic, change-making (the push for women’s rights, the labor movement, LGBTQ+ rights, a wider vote, etc.) — it was always a distinct disadvantage, because those who benefited from the status quo wanted very much for it to remain the same.

Right now, that’s the key. These people are still a minority. While they are, our legal and electoral systems still exist for us to quash undemocratic minority rule. If they are allowed to take complete control, they can and will change these systems to ensure a regular person can never win an election. This has happened in numerous other societies when an anti-democratic group takes over and, of course, has already happened in our own past. It’s in the process of happening again, with the slow takeover of elections by those with increased money and influence who have gerrymandered the process.

I’m watching that happen in my country right now, like a slow-rolling rockslide. Part of this process is convincing people that there’s no point in fighting it. Think about it. It sure makes it easier for them if you take yourself out of the arena. People are fighting it, and I’m joining them when I can — donating, volunteering and most of all begging people to take notice — while we still have a country to fight for. A big number of people are also vowing to sit out elections or leave parties altogether, sure that their vote will not bring change.

Now, if these folks don’t want to vote for my party, that’s fine with me. But that’s not my concern — they don’t want to participate at all, as if that will change anything. After all, our current voting rates are regularly under 50%, and that is for a high-profile election like the president. Around 30% of Americans engage politically once or twice a year (for example, attending a community meeting or protest, signing a petition, etc.)

With these kinds of numbers, what do we expect? We know perfectly well it takes thousands of hours to get good at anything, and here we are barely phoning it in, wondering why our government doesn’t reflect us completely after one favorable election cycle or two. Unfortunately, too often our answer is simply to complain about it, blame someone else and move on.

Knowing most people support gun control measures, and a huge number of people also appear to believe no progress is made and that they personally can’t do anything about this is devastating. This is not true, but sometimes, by repeating something enough, we can help make it so.

Ruth Ben-Ghiat, a historian on authoritarianism and author of the book “Strongmen: Mussolini to the Present,” published an essay on her Substack newsletter, Lucid, on the morning of May 24 about hope. She wrote:

“A CNN poll of 1000 adults last week showed that only 10% of Americans feel ‘optimistic’ about the way things are going in America, while 65% are concerned, and 21% are downright scared.

Pessimism, like optimism, can be contagious. To rebound from tragedy and respond effectively to threats against our freedoms, it’s more important than ever to adopt the secret weapon of democracy protection: hope. … Authoritarianism is a system of governance that revolves around defeating hope.

Authoritarianism breeds fear, through the use of state repression, but also cynicism that can shade into nihilism. If nothing matters, and nothing will ever change, then far fewer people will be willing to risk everything to fight for a more just society. …

Holding onto hope may seem quixotic or unrealistic to some in America today … Yet hope is an essential part of anti-authoritarian strategy. It is the antidote to a deadly fatalism, to what Eric K. Ward calls the Other Big Lie: ‘The idea that we have already lost. That the next civil war is inevitable. That we are helpless and hopeless in the face of all the bad news.’ …

It can be difficult and discouraging to show up day after day to protest, or doggedly work on lawsuits, legislation, voter registration, opinion pieces, and myriad other things meant to save our democracy, without knowing if any of them will have an effect. The American civil rights movement had an answer to this uncertainty — show up, and then show up again, and again, until the wrongs have been righted.

Acting without knowing if your efforts will yield results is a condition well known to democracy advocates living under authoritarian leaders abroad, where even small gains can be extremely hard-won. The Russian activist Boris Kagarlitsky reflects this tough history when he says, “Struggle does not always lead to victory, but without struggle not only can there be no victory, but there cannot even be elementary self-respect.” (Emphasis mine.)

I always enjoy Professor Ben-Ghiat’s work, but if you’re in a hurry, Noam Chomsky says essentially the same thing, but shorter. Please listen to him.

I believe we can and should be realistic about the challenges we face. I am deeply affected by them every day. However, realizing things are bad and believing there is truly no difference you can make in the trajectory of the world (or that everything is the responsibility of someone else and never you) are two very different things. I see people doing the latter almost constantly and often fall into that trap myself, because, for me, it can be a way of coping with the world and processing the pain of our news cycle. ‘Doomscrolling’ and subsequent paralysis becomes a substitute for constructive action. Hope itself is not a strategy, but without it, we cannot begin anything in the first place.

Constructive action is the key to changing the trajectory of these issues — informed, involved citizens getting off social media and actually getting to know one another, working together over time to fix a problem. To paraphrase historian Ernest Renan, ‘a nation is a daily direct vote,’ a desire to continue living together in solidarity and a recognition of our shared past.

Do we have that anymore? It’s difficult to say. However, I don’t believe it’s a yes or no answer. As my Christian pastors used to say about love, the answer itself is a verb.