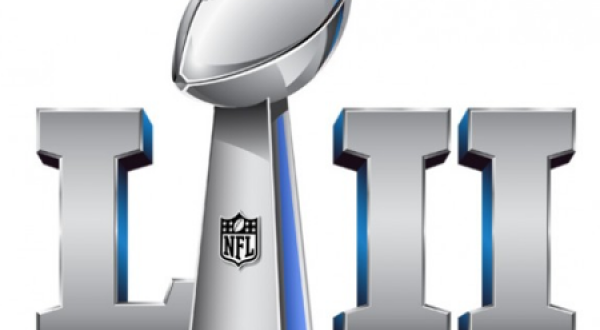 Politics and The Big Game

In the weeks leading up to the Super Bowl, it is interesting to see what advertisers the NFL and their media partners accept and which ones they reject.  While money is one of the key drivers of which advertising content is selected, it is far from the only one.  Both the media companies and the NFL work to control the content that is presented as a part of their brand conscious marketing in and around the game.

In 2011, Fox TV had the broadcasting rights, and rejected an ad from LookUp316.com, a website by the Fixed Point Foundation, an organization dedicated to defending and proclaiming the Gospel in the secular marketplace.  Fox rejected the commercial message as having too much religious doctrine.  The same year Fox also rejected an ad from jesushatesobama.com, which was using the catchy slogan to sell t-shirts.  NBC, in 2009, banned a pro-life commercial from CatholicVote.org because they weren’t interested in ads involving political advocacy or issues.  No matter who is broadcasting games, every year PETA gains a lot of free advertising by creating risqué commercials for inclusion in the Super Bowl broadcasts, and every year they are rejected and then reported on by news outlets.

Advertising controversies don’t just hit the NFL and their television media partners.  Recently, the National Football League rejected an advertisement in the commemorative Super Bowl program from AMVETS, a non-partisan veterans’ advocacy group that included the hashtag #PleaseStand.   Part of the denial of the AMVETS ad was due to logistics of the printing process for the program.   The wording of the ad and any taglines was a sticking point, as the phrases “Please Honor our Veterans” and “Please Stand for our Veterans” were discussed back and forth until time ran out.   As the NFL has faced criticism the past couple of years from various groups about their handling of players who protest during the national anthem, any imagery of the flag and mentions of “standing” is sure to be interpreted as a hot-button political issue.

Some have called the NFL un-patriotic and anti-military, in spite of the symbiotic relationship between the NFL and the military.  Others have written about the hypocrisy of the NFL who seemingly support their players who protest, give full reign to sponsors who want to use Super Bowl advertising to make political statements, and yet, appear to limit the free speech of this not-for-profit group supporting veterans.  While this does appear to be an odd trip-up of NFL image management, there are forces at play that need to be examined.  As I often tell my kids – follow the money.

While football is marketed as the ultimate “everyman” sport, the Super Bowl is not an everyman event.  Dave Zirin, sports editor of The Nation, describes the Super Bowl as being “perennially the Woodstock for the 1 percent…a cavalcade of private planes and private parties” in his book Game Over.    The NFL withholds 25 percent of the tickets for the Super Bowl for sponsors.  The host team receives 5 percent of the tickets, while each of the teams playing receive 17 percent.   Thirty-five percent are divided amongst the other NFL teams.  Lottery systems are often used to choose which season ticket holders get access to those tickets.  Face values of the tickets are north of $2000, and run $5-6000 in the secondary market.  The everyman isn’t the target market of the NFL for the seats for the game.  The average American can only access the Super Bowl through the television, which gives the sponsors sitting at the game access to them through the coveted Super Bowl commercial.  Companies spend on average $5 million in order to run a 30 second ad during the game.  As seen in the 84 Lumber commercial of 2017, politics can come into your advertising with the NFL, but it will cost you.

NFL Sponsorships, money, and corporate power underlie all of the decisions made on advertisements in and around the Super Bowl.  AMVETS was willing to pay the $30,000 cost for the program ad, but in the grand scheme of things it wasn’t enough to get their message out.  The NFL isn’t anti-military nor anti-vet.  They are pro-money.  Had enough sponsorship dollars been in play with AMVETS, the ad would have run.

Previous Debbie Selzer: Why I support FāVS
Next Video of Today’s Coffee Talk: Does Age Matter in Worship?