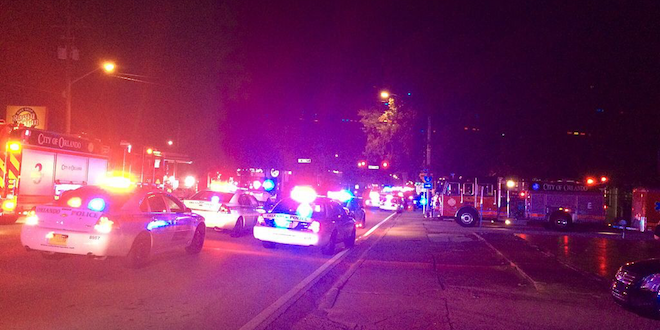 Why are we so quick to politicize mass tragedies?

On Sunday morning, 49 people were killed and 53 were injured in Orlando, Florida in a mass shooting that can only be described as sickening. These 49 individuals had lives of endless opportunity to change the world for the better. However one man selfishly and maliciously decided to end those 49 lives and erase every one of his victim’s futures.

Less than 24 hours had passed since these individual’s had been killed, but people were already using it to continue debating issues that have been discussed for years. Namely, gun control and the spread of ISIS and domestic terrorism.

I was shocked. Where was the reverence for the victims and the families that have been impacted by this tragedy?

I recognize that major events in history spark political debates and can act as a call to action. Events like these will ultimately encourage and even warrant discussion about these important issues. But is it necessary to talk about how this shooter does not represent every gun owner before all the bodies are even identified? Is it necessary to start petitions for Congress to pass gun control legislation while parents still do not know if their child is alive or dead?

I was pleased to see posts and groups forming to donate money, coordinate gatherings, and promote unity. But people seemed more interested in criticizing the statements made by presidential candidates and getting in arguments over whether the Obama administration should use the words “radical Islamic terrorism.”

I’ll admit that I do have strong convictions on these issues, but I beg the question: How long should we wait before making this tragedy about our own political views?

I do not have a clear answer. However, I think everyone should take a minute to reconsider their public commentaries. A time will come for everyone to express their views of gun control. Again, there is not a set number of hours that must pass before we can debate, but perhaps America can at least give the families time to mourn their losses before their tragedy becomes our political platform.