It concerns me that the practice behind ‘partisan’ politics seems to have deeply infiltrated other areas of our culture, where we have relied on accuracy and factual evaluations, not political party membership.

In a story in the New York Times, updated Oct. 3, 225 of 235 Democrats in the house favored an impeachment inquiry into President Trump; 10 were not in support or didn’t believe the time had come yet to move in that direction.  Yet not one of the 197 Republicans who had responded thought the inquiry should move forward at all, or at this time.

I’ve been a registered Republican since I became eligible to vote in 1968 and voted for Donald Trump in the 2016 election.  I’m shocked, though not surprised, at the results of the Times report.  How can the same facts being evaluated by members of Congress be interpreted so completely differently?  In a situation like impeachment, the citizens of the United States need and, hopefully, want justice.  But it doesn’t look like that’s what we’re getting.  And it’s not just because of today’s Congress.

In the impeachment of President Clinton, according to a Politico article, only five Democrats voted to impeach on the two charges that were passed by Congress, and just 5 Republicans voted against the first charge while 12 voted against the second.  Looks like same old, same old.

I’ve written about partisan politics in another Spokane FaVS article, but surely, news reporting and ascendance to the highest court in the land aren’t built the same way.  Don’t be too sure.

I’ve always thought news was the reporting of facts, and therefore, we could rely on getting the same information regardless of which paper we picked up to read, except for the editorial section.  However, it’s easy to discover where on the ‘left to right’ continuum reporting is today.  In my research for this piece, I quickly found a report on media bias that shows the leanings of magazines and newspapers around the country.  They can be identified as just ‘left leaning’ to all the way over to the left as well as the opposite direction and even in the center.

Can we Trust the Media?

We’re looking for reliable information and facts from these organizations and the big question I ask myself is, can we trust what they tell us.  At least we don’t have to worry about a conservative or liberal bias in our Supreme Court Justices…or do we.

Of the nine current justices, five were appointed by Republicans, President’s George H.W. & George W. Bush and Donald Trump, and four came into their position via Democrats, President’s Bill Clinton and Barack Obama.  To make matters potentially worse, the justices have been evaluated on their ‘political leanings’ and found to match perfectly with the party of the President that nominated them.

The evaluation I speak of is only from one source, but if you doubt my conclusion, just search ‘Supreme Court Justices’ adding any of these words and phrases (Ideological leanings, political leanings, conservative, liberal) and see what you come up with.  The bias seems so expected that an article in June of this year was written when the justices ‘split along unexpected lines in three cases’.

With justices, as well as politicians and news agencies, we’re talking people who take on serious issues that face our country.  We probably all recall the upheaval over Justice Kavanaugh’s nomination to the Supreme Court and what his possible confirmation could mean for Roe v. Wade.

In an article written for Vox (not Fox) Media, following the successful confirmation of Justice Kavanaugh, readers were told to “get ready for the opinion to be gutted.”  Interestingly, Vox can be found on the far left on the media bias scale I mentioned earlier in this article.

I’m on the opposite end of that scale as a writer and Evangelical Christian, and have problems with abortion being legal.  I think a fairly common conservative opinion considers it morally wrong, while, it makes sense to me, the opposite is probably true for liberals.  I can accept that, but since justices are divided on, what seems to be, the same conservative/liberal scale, I’m concerned that a justice may be evaluating laws, at least to some degree, based on their opinion of morality.

These are important legal issues and I don’t think a ‘conservative’ judge should look for a way to make something illegal, because in their eyes it was morally wrong.  A justice’s primary obligations, if I understand the legal profession correctly, are justice and the law. 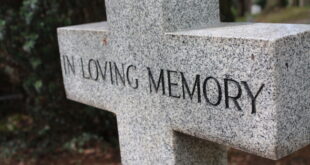 Ask an Atheist: Ever hesitant to announce your atheism?

As a journalist, I long advocated values-driven journalism based on principles of community.