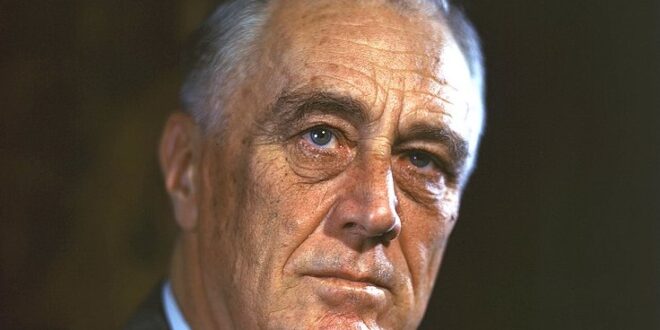 Is there a genetics to politics?

Last week my son asked me how I would explain my political views. The question was not entirely out of left field. We have talked a lot of politics in the years since he became interested, the years during which we often disagreed about nearly everything.

My wife, Carla, describes my son, Sam, as “mini me.” We are alike in so many ways – physical appearance, speech, personal values. We even swear with the same profanities, as I mentioned in this space recently.

But as he moved into adulthood our politics diverged, at least until Donald Trump came along. I have been a progressive Democrat for as far back as I can remember such things, though closeted during my nearly 40 years as a journalist. Sam came out of college a Republican, a business-focused conservative, a gun-rights advocate. Our debates were spirited, fortunately tempered by love and respect.

In all our political discussions Sam never asked me where my political beliefs came from. Asked the question this week, I realized I had never really thought about it.

It got me to thinking. Where do we develop our political values and beliefs? Do they come from our families, the greatest influence in most of our lives? Or do our political values develop independently based entirely on our own experiences and influential peer groups?

Social scientists and psychologists have developed a complex set of theories that essentially boil down to the effects of primary influencers in our lives. Family likely plays the biggest role, particularly as children first begin to develop political interests.

In this era of “alternative facts,” QAnon, and the big lie, it may very well be the influence of family that helps bring us back from the political abyss.

On reflection, it was clear to me that family shaped my beliefs.

My family has been actively Democratic since the election of Franklin Roosevelt in 1932. His New Deal, controversial as it was, helped the nation recover from economic collapse. And he led the nation through the darkest years of World War II. By the time I was born in 1950, my family spoke of FDR with a reverence generally reserved for religious figures.

It is clear to me now that much of my political ideology came from my mother. She was intensely interested in politics, enjoyed talking politics with me even when I was young. Her passion and beliefs passed to me though I had to bury them for the nearly 40 years I worked as a reporter and editor.

Though my son was born to two progressives, his school background could not have been more different. Schools are another huge influence in political socialization. Sam went to high school in ultra-conservative Colorado Springs and then was a business major at the University of Denver, president of his business-focused fraternity. He was progressive on social issues – after all he loves and supports his gay sister and her wife. But otherwise, he was as red as red could be. Until Donald Trump.

In 2016, Sam voted for the Libertarian presidential candidate, knowing his vote would not matter in blue Illinois, where lived at the time. In 2020, living in Ohio, he voted for Joe Biden as did his wife. They are the model of the suburban white voters who helped defeat the president.

The last four years have been a political journey for Sam. He will never be as fully progressive as me. But in our endless political conversations, it is clear he has moved considerably to the left.

I have to think that our discussions did help facilitate that shift. He would often open our conversations with “Dad, what do you think about…” Sam was never a far-right radical. But I think family influence contributed to his shift. Political genetics will out.

And therein lies one possible key to resolving our current crisis.

Study after study tells us those who believe in the president’s lies, in QAnon conspiracy theories, in “alternative facts,” will never be dissuaded by journalistic fact-checking. Minds can be changed most often when people interact with those they trust most – family. If your mother tells you Biden won the election, you might believe her. If your daughter can persuasively argue there are no pedophile Satanist cannibals in Congress, you might listen.

And here is the ultimate irony – the mechanism for those family conversations will be the same social media platforms that have contributed to the spread of misinformation and falsity for so many years.

For better or worse, it is on those same social media platforms that family political conversations now play out, especially during the pandemic.

Most of us on both ends of the spectrum have limited our social media feeds to people with whom we mostly agree. We have defriended and de-linked those who speak for the other side. But we generally remain friends with our moms and dads, brothers and sisters, aunts and uncles.

Open dialogue within families, a renewal of those political genetic links, holds some promise, and may help bring us back from the abyss.